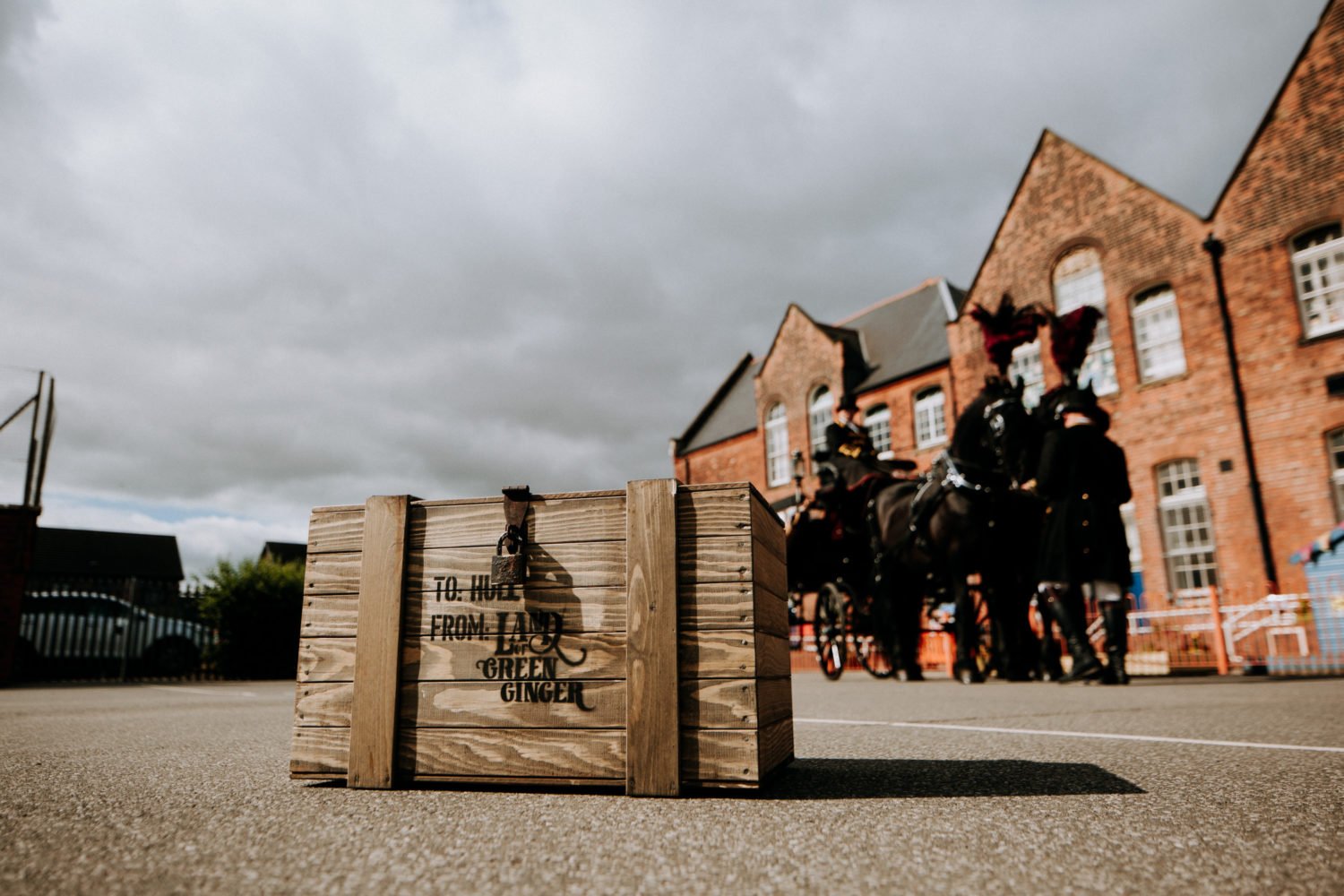 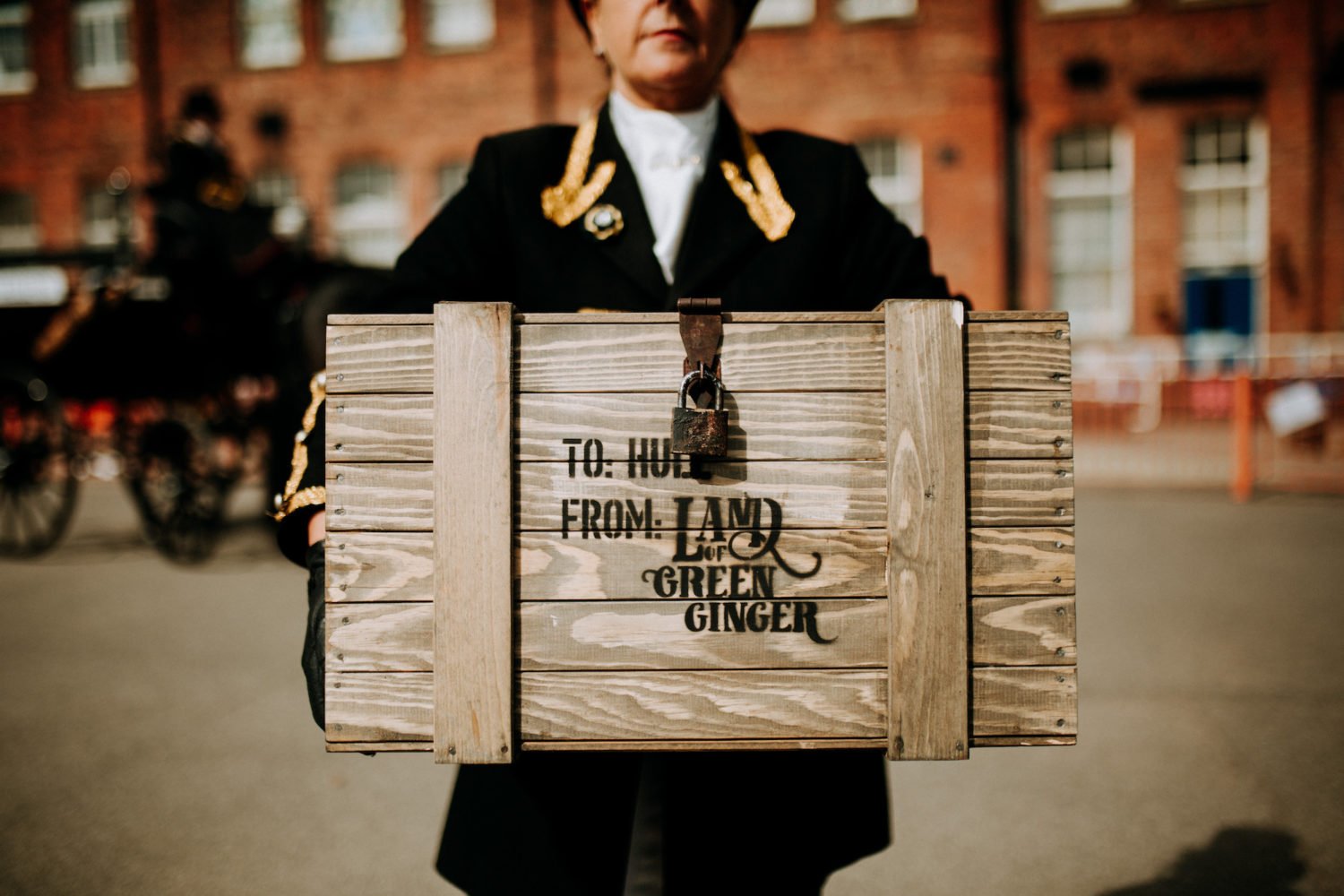 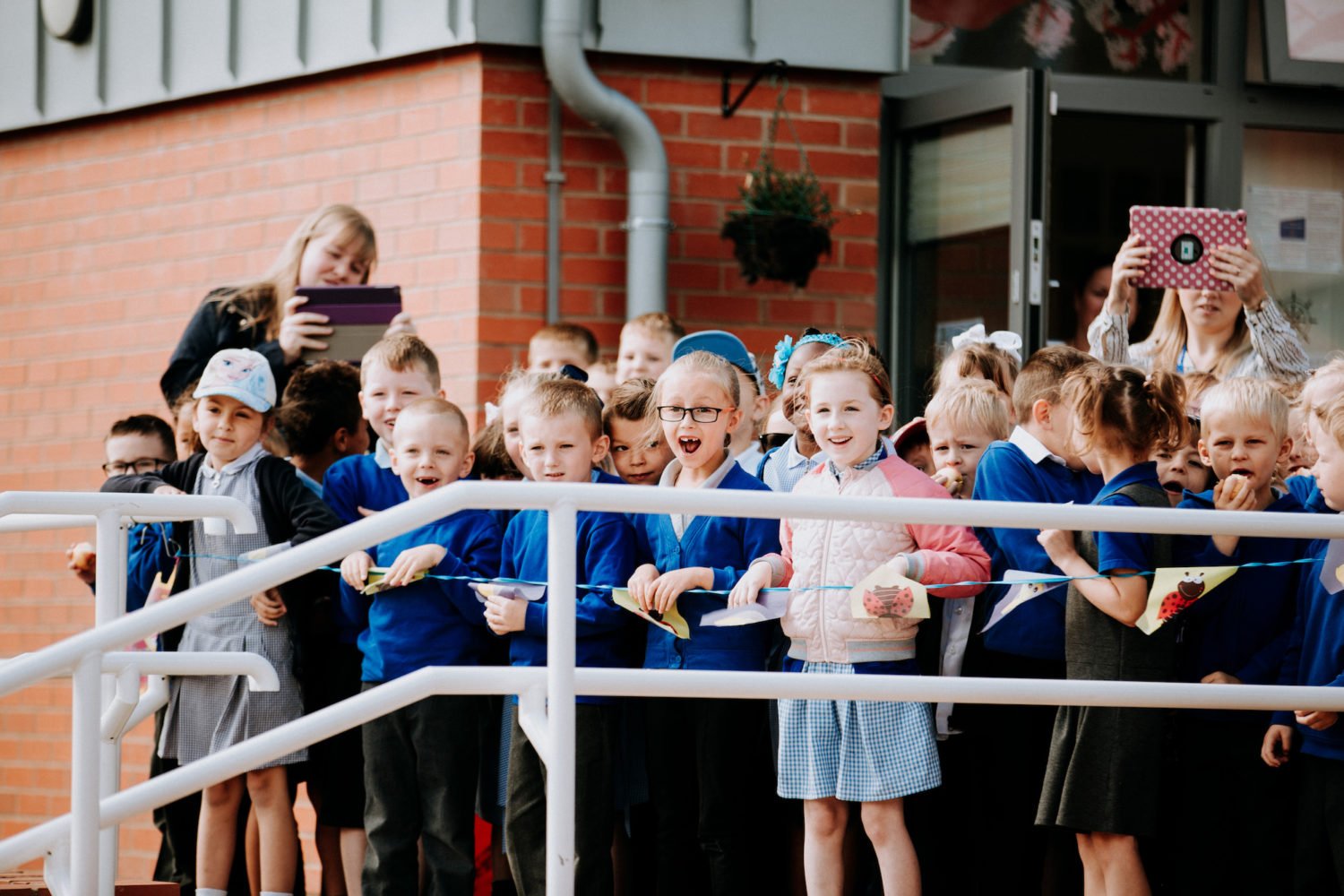 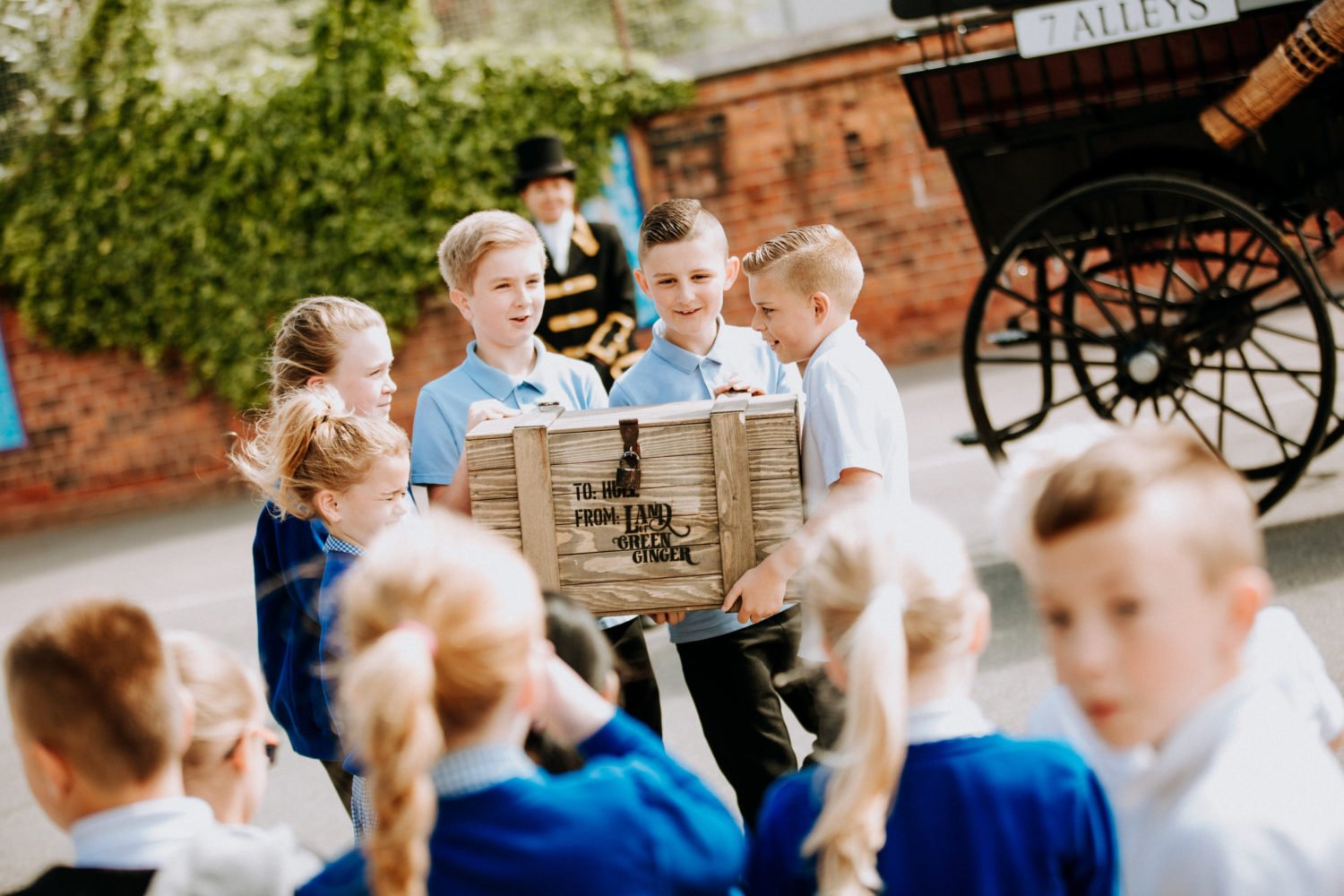 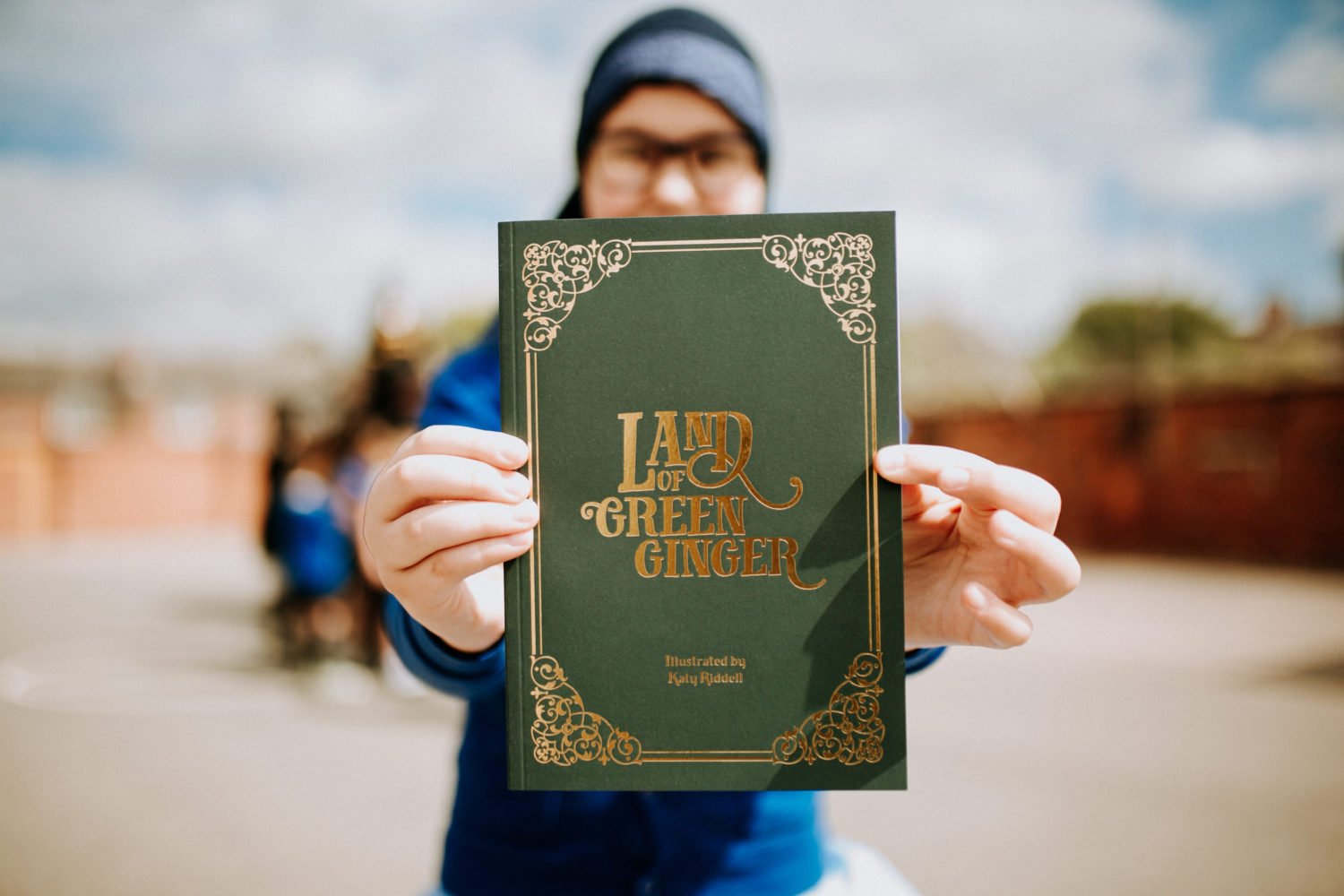 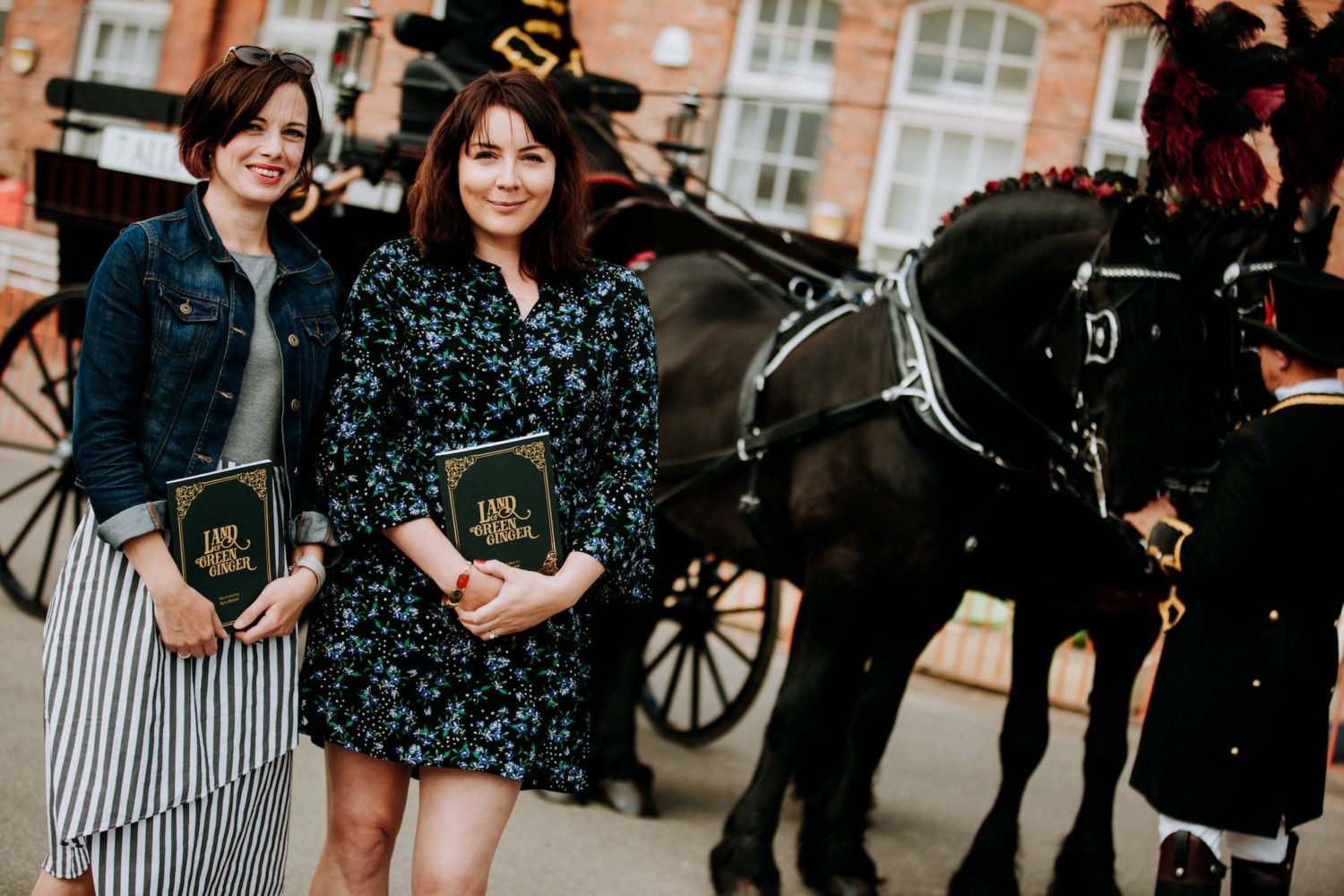 As Hull’s primary school children arrive for a new week of classes today, they will discover an intriguing wooden crate delivered from the Land of Green Ginger. Inside the crate are copies of a limited-edition book. This book is the seventh Act of Wanton Wonder, completing the Land of Green Ginger project which spread across the city last year from the 7 Alleys of East Hull to the Micropolis in Springhead Pumping Station.

The book retells the stories of the Land of Green Ginger and how the magic of the Acts of Wonder touched the lives of people who came into contact with them.

The Land of Green Ginger was one of the flagship projects of Hull UK City of Culture 2017, with major events, united under one overarching narrative, presented in the neighbourhoods of the city, coming together at the end of the year for the Land of Green Ginger Unleashed parade of giants, shape-shifters and mischief makers. The project, which had a total audience of over 100,000, was delivered and produced by Hull 2017, recently renamed as Absolutely Cultured.

Katy Fuller said: “In 2017 we invited Hull’s residents to immerse themselves in a magical citywide story, including a beautiful celebratory bonfire in Longhill and an enchanted gold nose in Bransholme. The project was for everyone; it was designed to surprise, delight, intrigue and remind everyone of the joy of unleashing a childlike imagination.

“This final Act was an opportunity to bring to capture the kind of anecdotes and stories we gathered from people who took part in or saw one or more of the projects. It’s a lasting keepsake – a memento of the year that Hull turned magic and anything seemed possible. The spirit of the project has been beautifully captured by Katy Riddell’s illustrations and I hope that children and adults will enjoy reading and sharing the stories.”

This final Act aims to inspire schools and children as they take part in a mass storytelling of the Land of Green Ginger story.

Christina Lewis, the book’s co-author, said: “Land of Green Ginger was such an exciting project to be part of, and I saw first-hand the positive impact it had on people’s lives. The arts can be absolutely life-changing, and we hope that this final Act will inspire readers – particularly the younger generation – to explore their imaginations and write new and exciting stories for the future.”

Carolyn Robinson, teacher at Wheeler Primary School, said: “The delivery of the crate is an incredible way to capture the children’s imagination and will undoubtedly act as a stimulus for their creativity. It is our intention to use the chest and its contents as a key driver in our transition week that will prepare the children for a smooth move into their new year.”

While the book is limited-edition, its distribution is not limited to schools. With deliveries this week, every house in Hull will receive a copy so everyone can read or hear the story and keep the magic of the Land of Green Ginger alive for future generations.

The book’s illustrator Katy Riddell, will be at The Big Malarkey Festival on Sunday 24 June alongside her father, Children’s Laureate 2015-2017 Chris Riddell.

Katy Riddell said: “It was wonderful to be involved in such a lovely project that was centred around bringing the community together and getting everyone involved in extraordinary things. It really helped that I was able to see all the places where the events took place throughout 2017, which I could reflect in my drawings. I’m so glad these enchanting stories, with lots of magic and wonder, got to be illustrated. I think everyone will treasure this special tribute to what was such a magical year for Hull.”

Land of Green Ginger was delivered and produced by Hull 2017, the company which delivered the UK City of Culture 2017 programme and now continues as permanent organisation Absolutely Cultured. Land of Green Ginger was made possible by support from the 80 partners of Hull 2017 with particular support from Spirit 2012, Arts Council England, Heritage Lottery Fund and Hull Clinical Commissioning Group.

FAQs about the Land of Green Ginger Book can be read on our Frequently Asked Questions page.