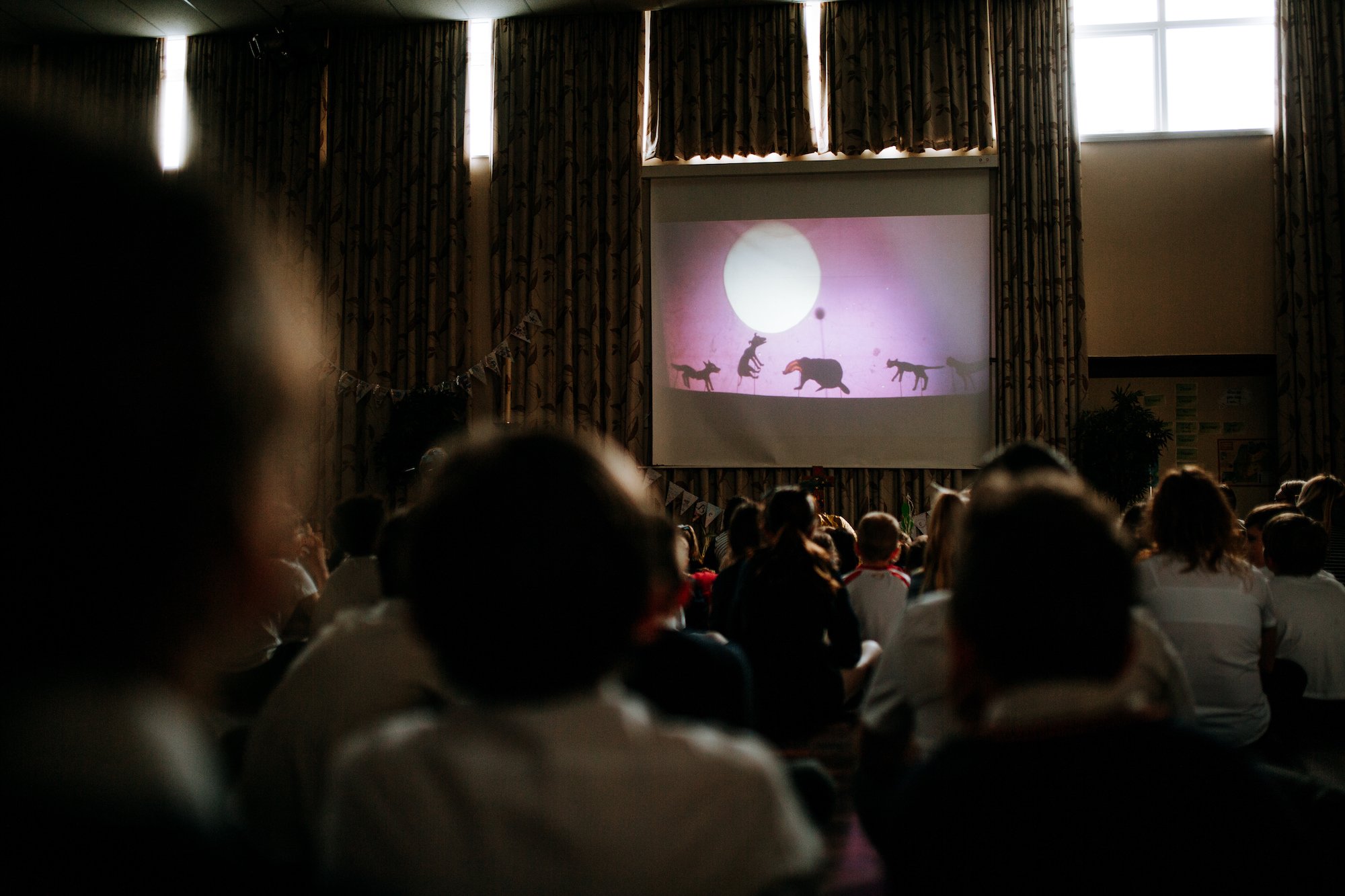 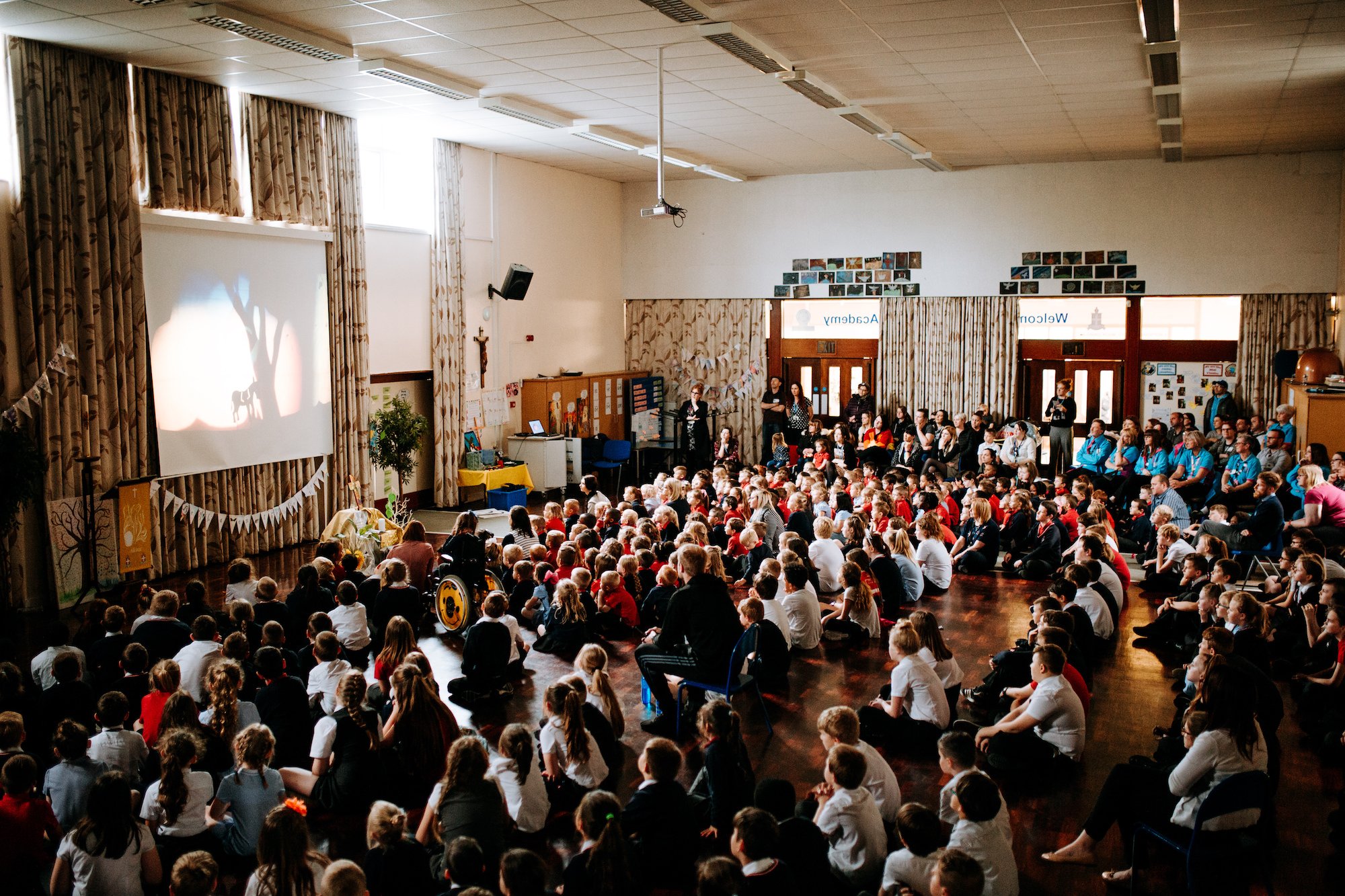 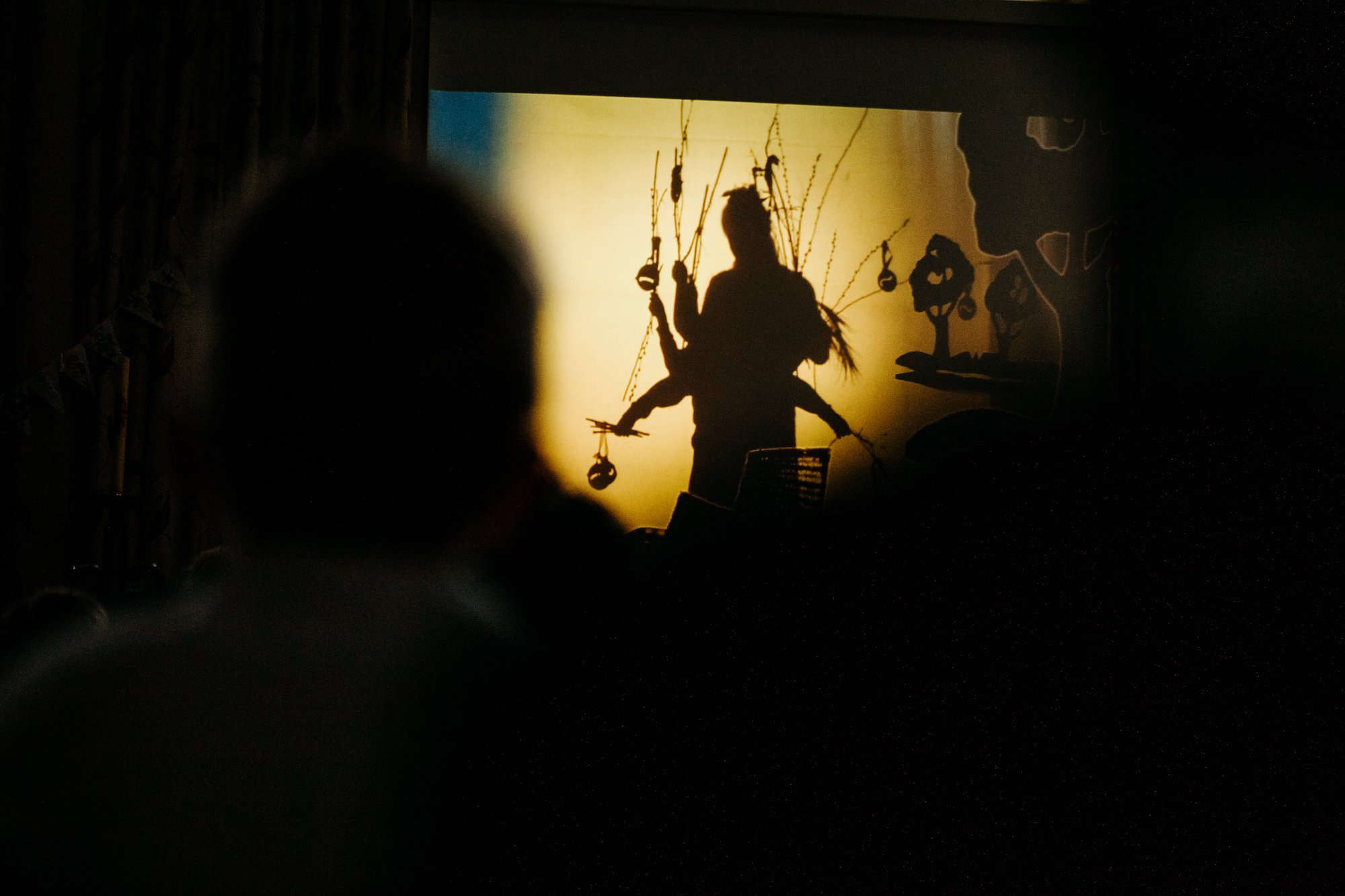 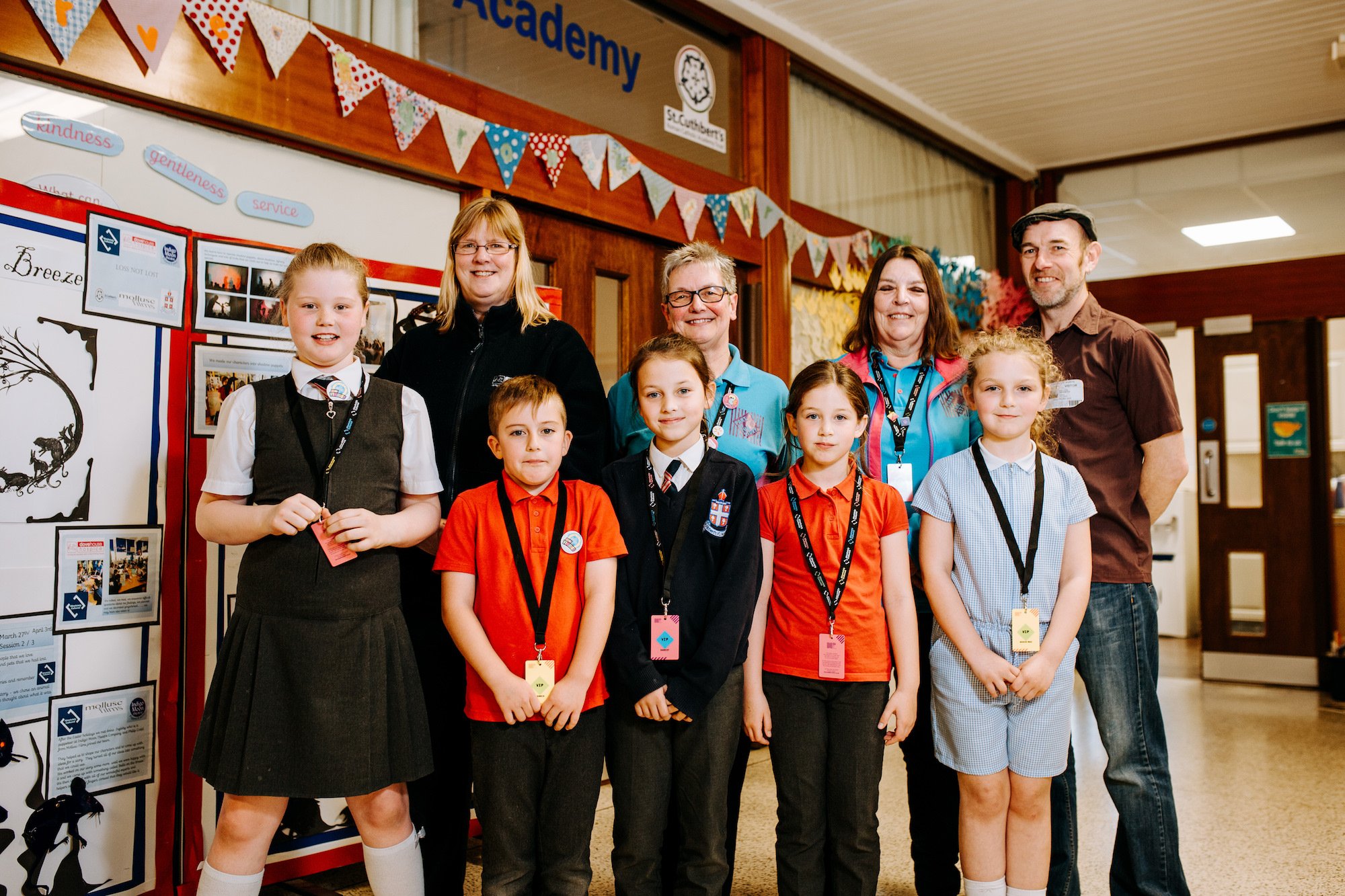 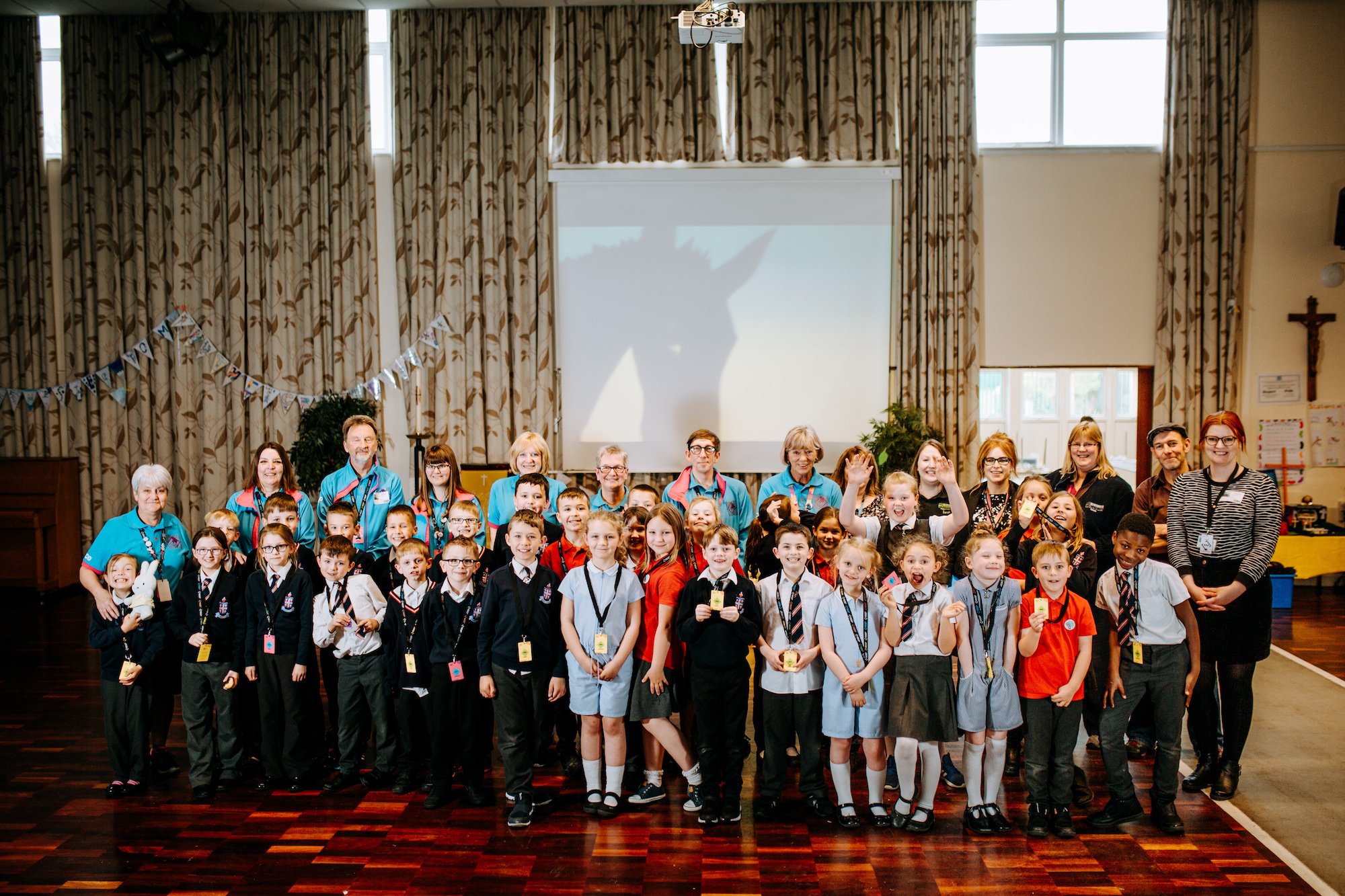 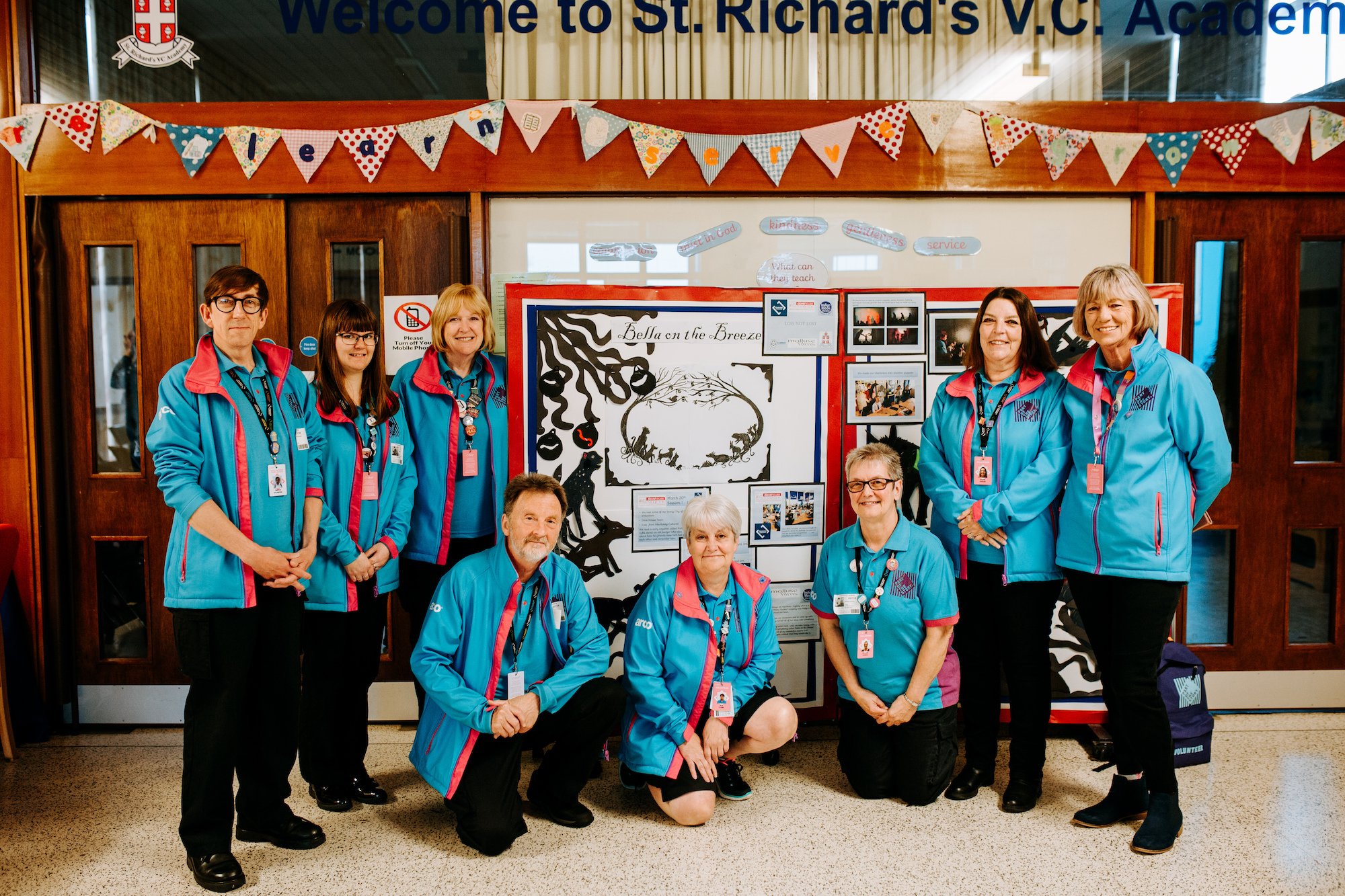 Monday (13 May), marks the start of Dying Matters Week – a week which aims to encourage more people to talk about the subject of death.

In its latest volunteer-led project, Absolutely Cultured has been working with Dove House Hospice on a moving and beautiful project to encourage and support children to talk more openly about death.

Over the past two months, a group of passionate blue-coated volunteers have been taking part in a series of workshops with year three and four children from St Richard’s Academy in Hull.

Working alongside Dove House Hospice the Loss not Lost project, culminates in the production of a beautiful and moving film using shadow puppetry which premiered at St Richard’s Academy.

Loss not Lost is the fourth volunteer-led project to be introduced by Absolutely Cultured, part of its partnership with Nesta and the Office for Civil Society at the Department for Culture, Media and Sport (DCMS). From planting tulips, to hosting community breakfasts and exhibitions showcasing local people, Loss not Lost aims to tackle a subject not normally discussed openly.

The project began in March with three sessions run by Dove House Hospice and volunteers which explored the themes of death and loss in a creative and supportive environment, using stories, baking and play.

Using this as inspiration, children planned their own story to be made into a film by local filmmaker Phil Codd.

Hull-based Indigo Moon puppet theatre took part in creative workshops where they introduced children to shadow and light where every pupil created their very own shadow puppet to be featured in the film.

The film, entitled Bella on the Breeze, had a special premiere at St Richard’s Academy.  It will also be screened at different locations across Hull on a mobile van and be made available for schools across the city to use.

Gaynor, a Volunteer involved in the project, explained: “I wanted the Loss not Lost project to come about as after my nephew Alexander Spence passed away suddenly, leaving behind two young sons, there was very little in the way of resources to help the children understand and cope with bereavement.

“With this project I hope that it will show others that sharing, talking and remembering loved ones is a normal reaction and that their peers can support them.”

“If we can change children’s perception about talking about loss in a free and positive way then hopefully future generations will find talking and suffering loss a gentler process.”

Tania Wilson Patient and Community Engagement Lead at Dove House Hospice, explained: “It has been excellent to be involved with the Loss not Lost project alongside Absolutely Cultured and working with the children to tackle these delicate subjects has been an honour.

“Increasing conversations about dying and loss, and enabling people to talk about these subjects is something we are very passionate about. Here at the hospice we know that the more these subjects are normalised, the better people will cope with loss when it touches their lives – especially children. It has been a privilege to be involved in a project which addresses this and will help these young people throughout their lives.”

Shaun Crummey, Head of Volunteering at Absolutely Cultured, continued: “This is the latest in a long line of impactful volunteer-led projects to be introduced by Absolutely Cultured, as part of our partnership with Nesta and the Office for Civil Society at the Department for Culture, Media and Sport (DCMS).

“The Volunteers, continue to make a difference in communities across Hull in a different kind of way, and we’re really seeing how they can help to have a significant longer term impact in the city.”

Absolutely Cultured was one of 16 organisations selected to take part in Connected Communities Innovation Fund.  The Connected Communities Innovation Fund is a partnership between Nesta and the Office for Civil Society at DCMS, providing over £2.7 million in grants, alongside significant non-financial support, to the best innovations that mobilise people’s time and talents.

The Volunteering Programme also receives funding from Spirit of 2012, who provided £600k funding to support the programme for two years.