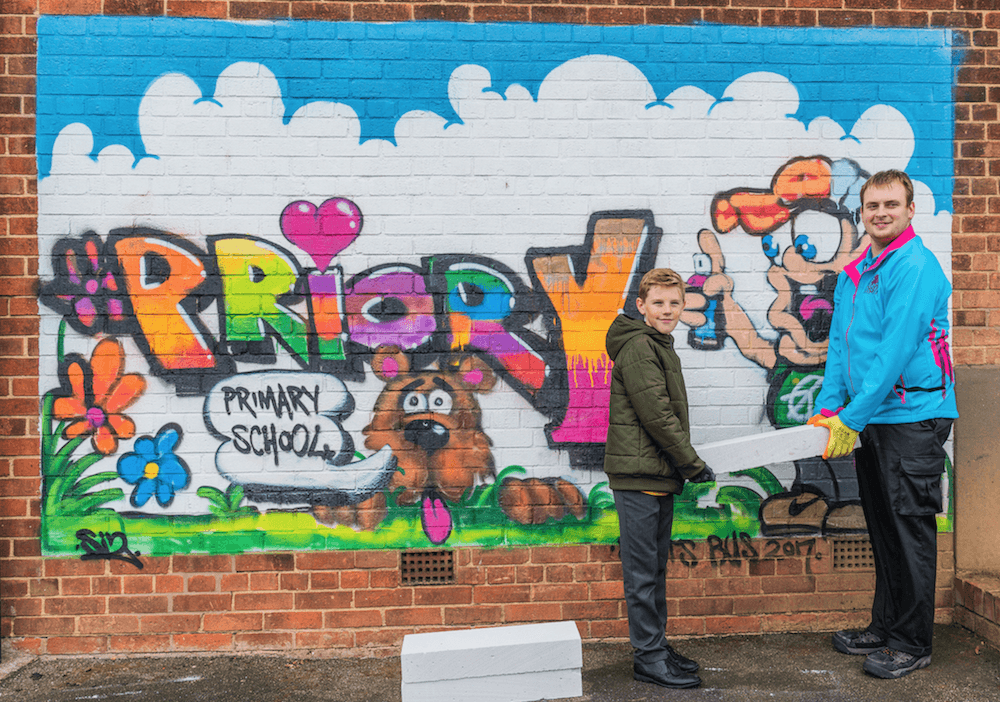 Absolutely Cultured has been reliving the magic of its summer event Dominoes in schools across the city by putting new meaning to the term, ‘the school run’.

Over 30,000 people watched the dominoes weave through the streets and on Friday, three Hull primary schools – Ings, Priory and Rokeby – took part in their own domino event, connecting classrooms across the city for one special day.

Each school was given two pallets of dominoes holding 240 breezeblocks and, assisted by City of Culture Volunteers, took part in activities to design, create, construct and film their school’s own domino run, which was enjoyed by children across all three schools of all ages.

Playfully running in and out of playgrounds, up and down benches, around trees and even disappearing into classroom cupboards and doors, the event was enjoyed by students of all ages.

Suzanne Oades, Year Five teacher at Ings Primary School, said: “It really has been a fantastic day. It has given students the opportunity to not only watch but be involved in creating their own domino run, which the whole school has enjoyed.

“From being part of a human chain to lay the bricks, it’s taught them new skills, teamwork and also given them an insight into the amount of work that goes into putting on an event like this. I hope it has inspired them to go and see other upcoming events in the city.”

Farad, a Year Six pupil at Ings Primary School, said: ”My favourite bit was being part of the human chain and building it. I’m going to take one home and colour it in – not today though because I’m on my bike.”

Last term, ahead of Dominoes, Absolutely Cultured created and distributed a resource for schools to design their own domino run, using brightly coloured dominoes and huge maps of Hull city centre. Students were encouraged to discover the rich history behind some of Hull’s iconic buildings, share stories about their favourite parts of the city and learn new skills in event management such as designing posters and writing creatively about art.

Lily Mellor, Producer at Absolutely Cultured, said: “This project is a great example of how art can connect people and how powerful it can be at triggering the imagination. It was brilliant to see the children and teachers embrace the challenge and to see the dominoes being used in a way that is not only fun but also educational. We hope this inspires the children to explore art and get creative. Each of our projects has a learning and engagement strand so there is lots more fun and creativity still to come.”

The bricks used by the schools were leftover from Dominoes, the celebratory city-centre event by Absolutely Cultured which took place in August this year, which were generously provided by MKM Building Supplies. The other remaining bricks were donated to three charities, Rooted in Hull, EMS and Recycling Unlimited.

Adrian Fisher at Rooted in Hull, said: “We’re really grateful to have received the domino bricks as not only have we been able to use them in construction for improving our facilitiy, we’ve also been in discussion with an artist about using them for a piece of work as well as a school interested in using them for a creative project. It’s great that an event such as Dominoes can not only inspire creativity but also do good in our community.”

Many spectators of Dominoes took a brick home after the event, Absolutely Cultured would love to know what people have done with their domino using @abscultured and #dominoeshull on social media to share their story.