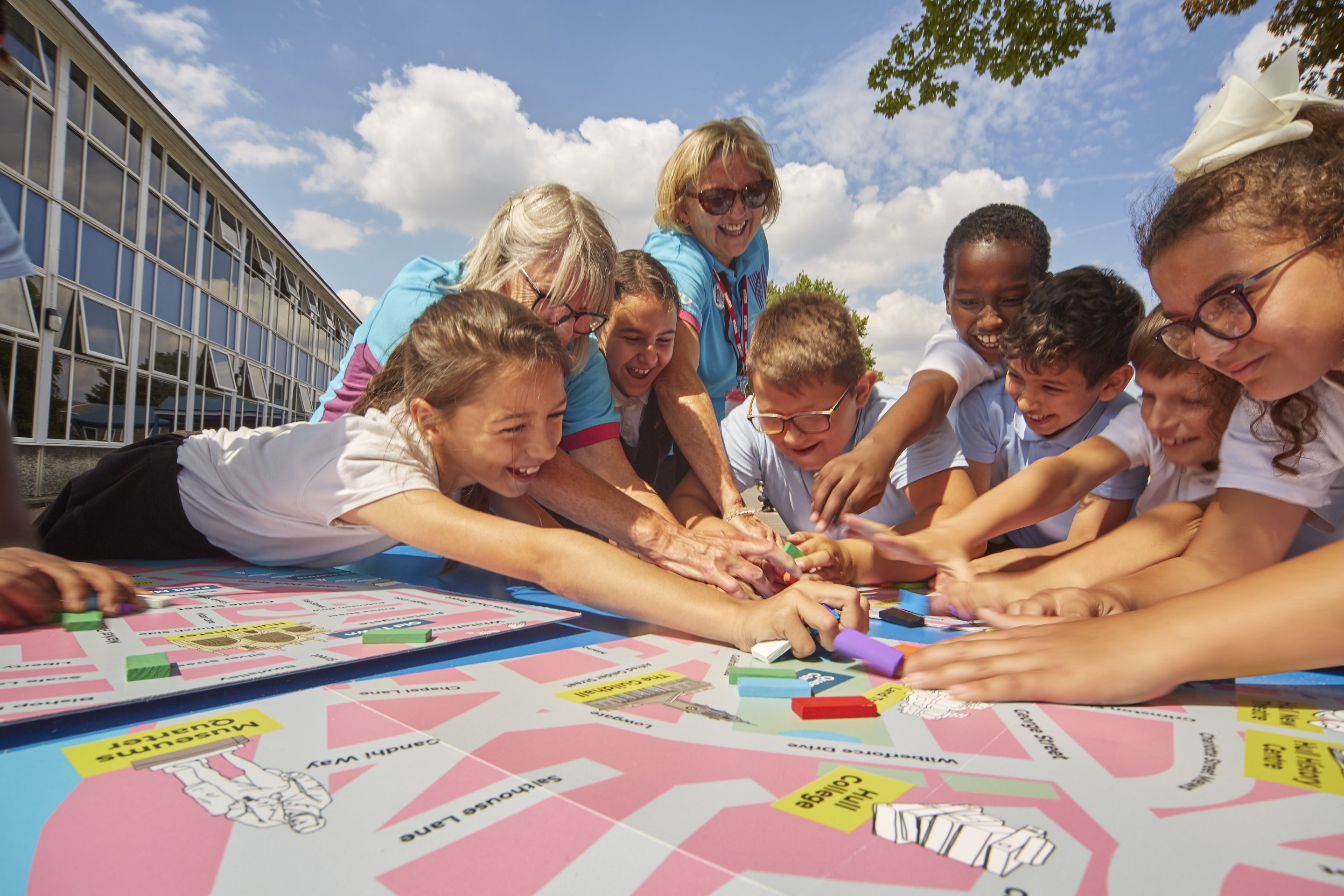 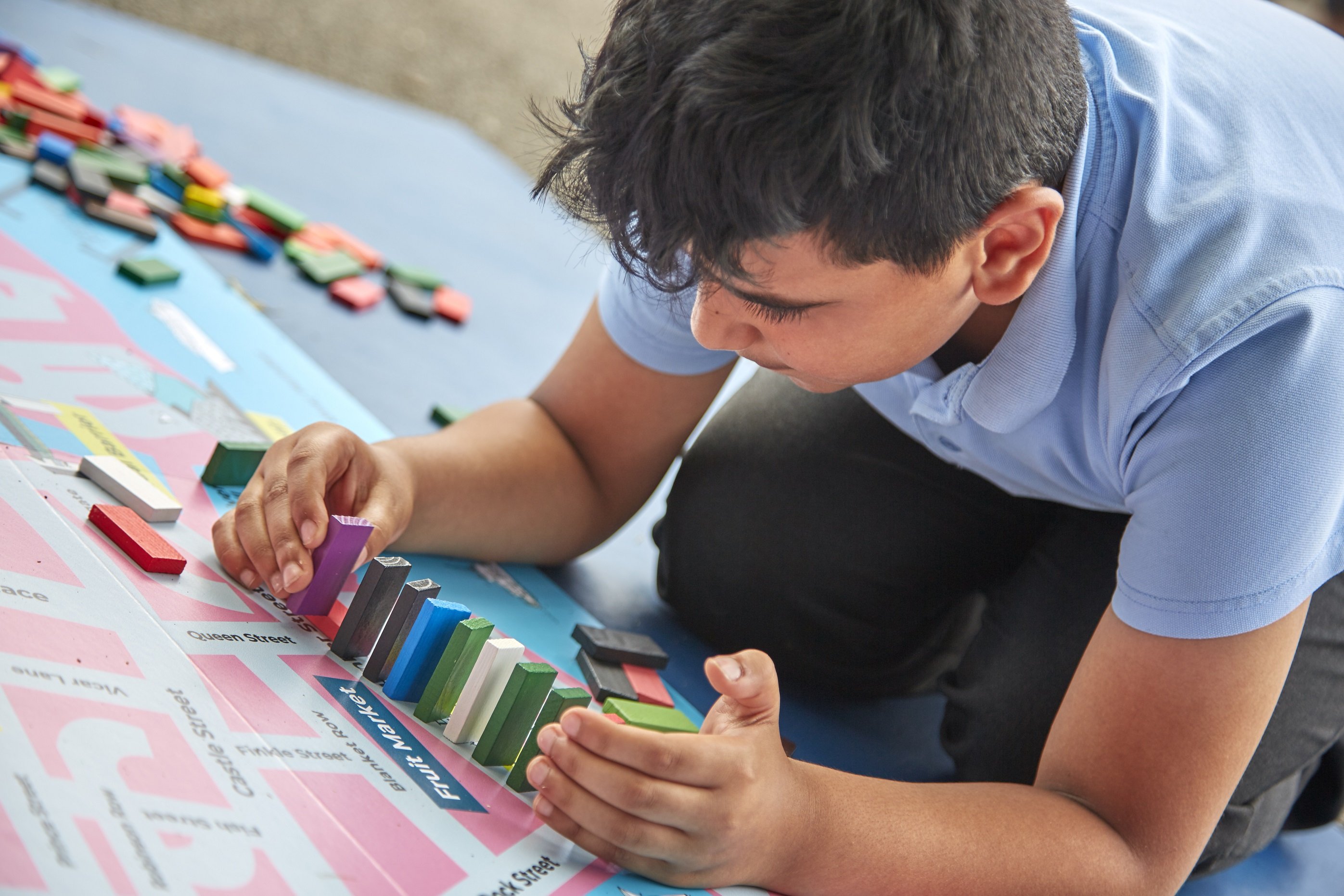 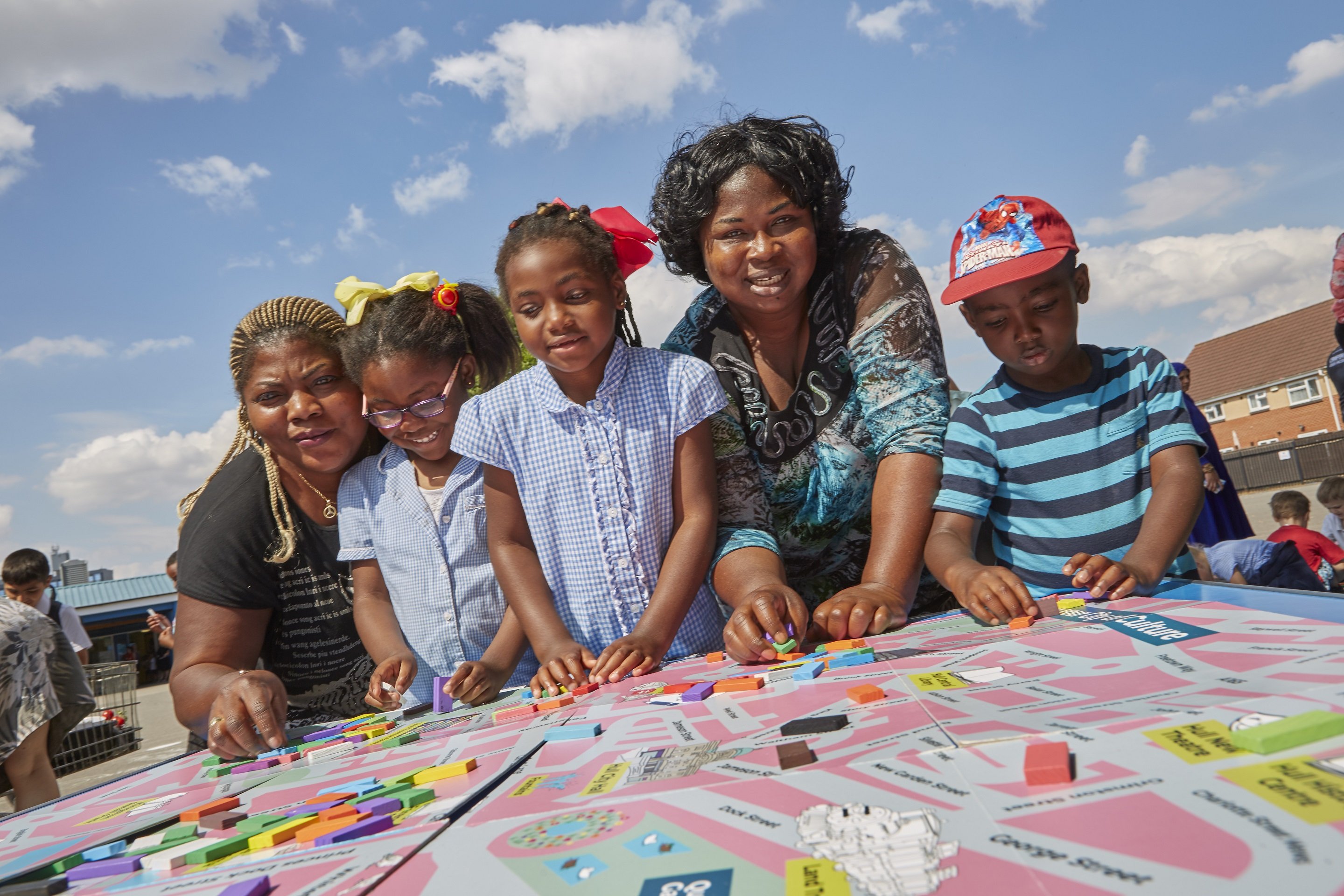 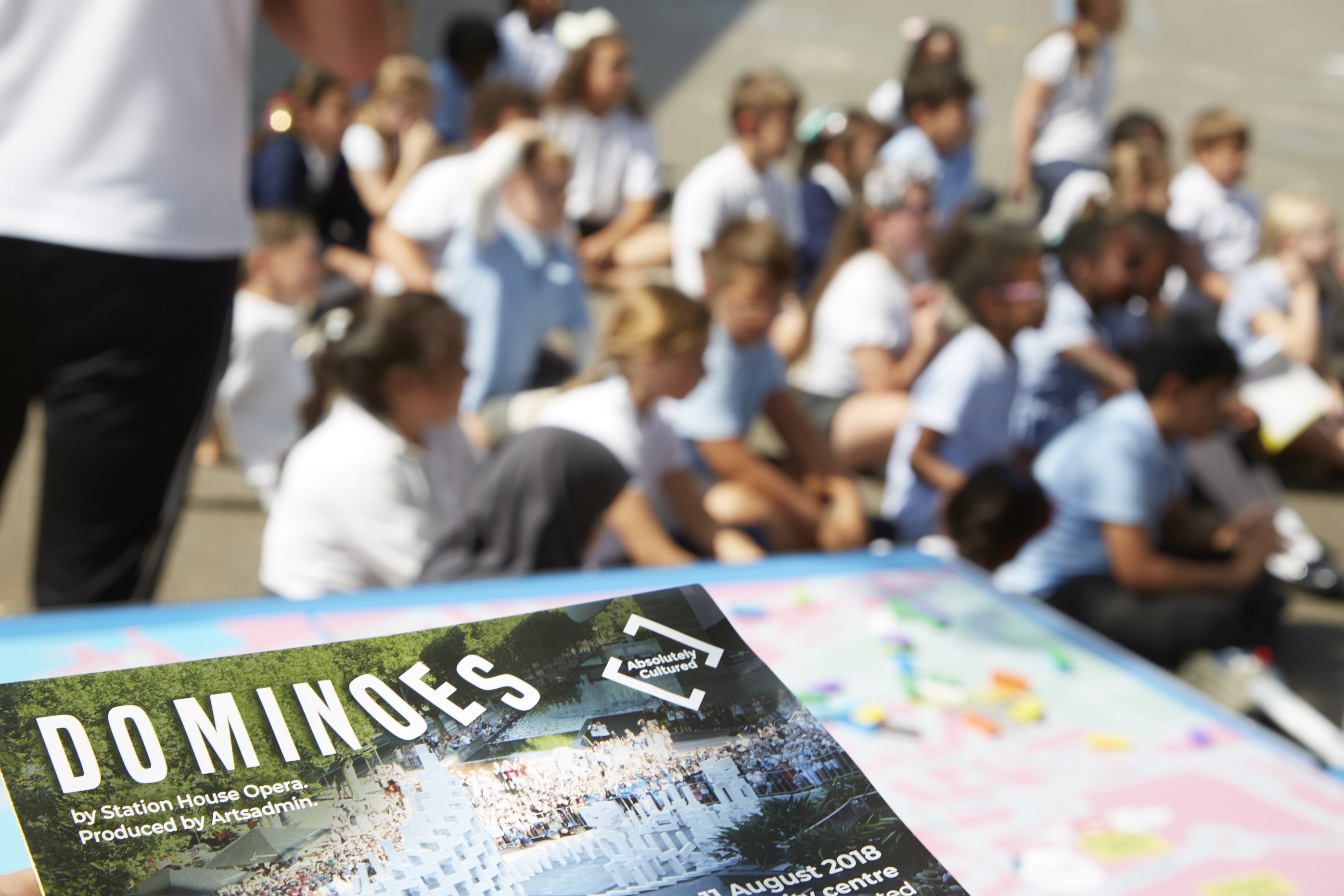 Selected primary schools across Hull have been enjoying a game of dominoes – with a Hull twist, as part of their end of year celebrations thanks to Absolutely Cultured.

In advance of the Dominoes event on 11 August that will see a 3.5 km domino run take over Hull city centre, Absolutely Cultured created and distributed a resource for schools to design their own domino run, using brightly coloured dominoes and huge maps of Hull city centre.

Students were able to discover the rich history behind some of Hull’s iconic buildings, share stories about their favourite parts of the city and learn new skills in event management such as designing posters and writing creatively about art.

Absolutely Cultured staff and City of Culture Volunteers dropped into Adelaide Primary School to find out how the students had been getting on with their designs, and to let them have a play with the real sized dominoes that will be used for the main event on 11 August. Absolutely Cultured has been engaging with the residents of Thornton estate especially, as Dominoes runs through the area from Australia Houses.

Head of School, Mrs Suzanne Adkinson, said: “The children have been getting a huge amount out of the Dominoes resource. They have been able to work collaboratively to plan a route and build a series of dominoes that they can topple over, having great fun. They have also been finding their street and where they live which is so much fun for them. It’s great to be so involved with Dominoes as it really helps the children and their families feel like part of the city.”

Absolutely Cultured Associate Producer, Lily Mellor, said: “Across Hull UK City of Culture 2017 we engaged with thousands of young people; one of our core objectives moving forward as Absolutely Cultured is to build on that legacy, creating learning opportunities around all of our projects.”

The Dominoes schools’ resource has been really well received. The schools have been using the game as an opportunity to encourage team work, problem solving and lots of laughter ahead of the school summer holidays and many will be using it as the children return in September.

Lily continued: “It was great to see how excited the children were. Along with building runs, many were building structures with the dominoes, echoing structures planned for the main event! As always, we were really impressed with how creative they were, and it just reinforces how important it is for us to continue to support and encourage these future artists, designers and engineers – wherever they choose to channel that creativity!”

Year 4 teacher, Miss Debbie Harrison, said: “The children have been really excited to discover that Dominoes will pass through their local area. When I have asked who will go and see the event on the 11 August all the children put their hands up – for some of them it means simply looking out of their window! It’s wonderful to have such a big event right on their doorstep.”

Brought to you by Absolutely Cultured, Dominoes, 11 August 2018, is an internationally acclaimed, site-specific event which will take over Hull city centre on a 3.5 km domino run that is free to attend. It will weave its way through streets, public squares and civic buildings, climb stairs, fall from windows and occasionally conquer a structure built from yet more blocks. Dominoes is by Station House Opera, produced by Artsadmin.

The event is free and unticketed. You can download all the timings and a detailed map of the route here. Join in the conversation on social media @abscultured #DominoesHull.