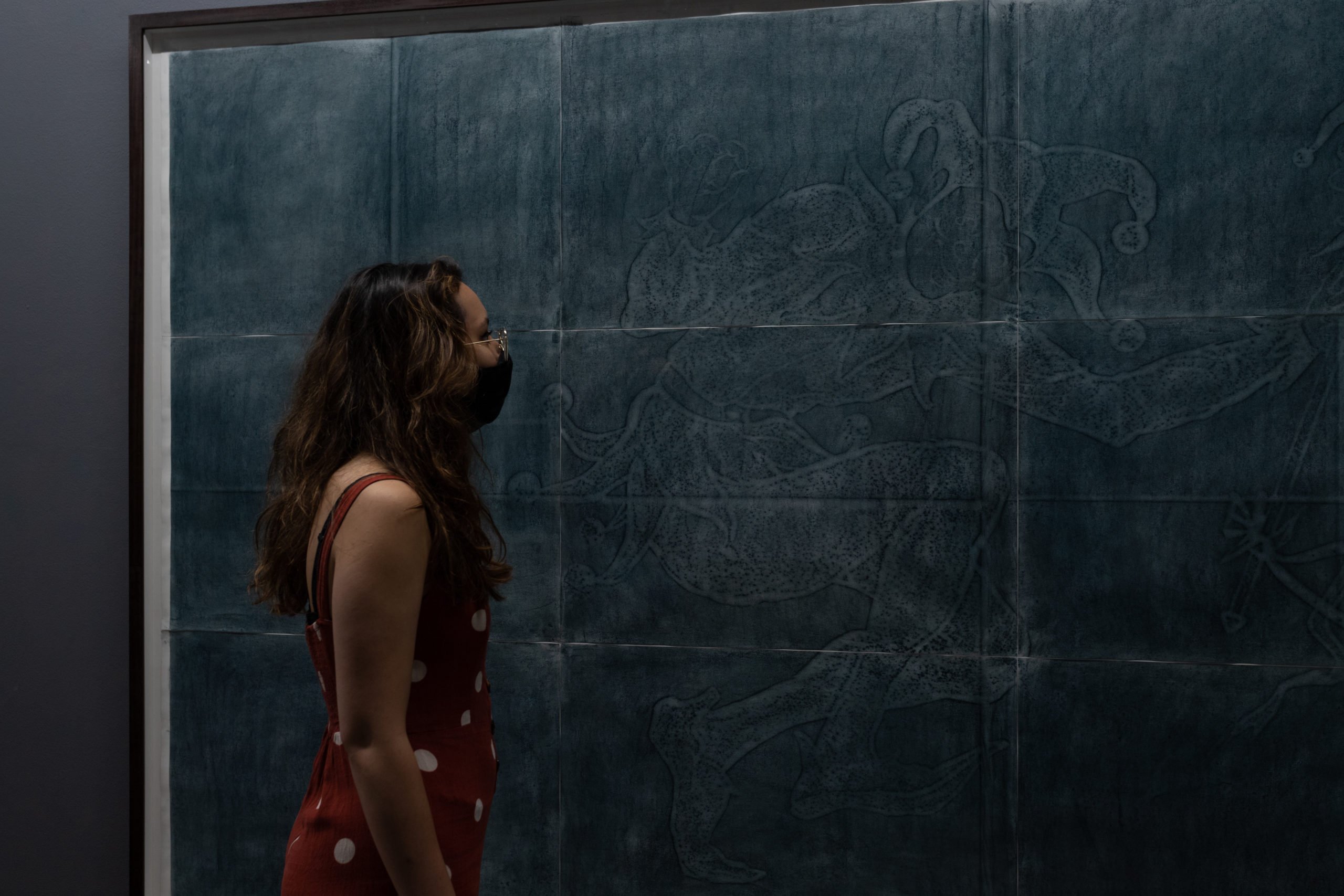 If I had a pound for every time I’ve heard the phrase “queer community” casually dropped into conversation, I’d have enough money by now to build a queer commune. The truth is, I can’t recall a time when the concept of community has been placed in so much doubt. Following the 2008 financial crisis, rising living costs in the UK have increasingly pushed people to the edges of urban zones making it harder to come together. The gig economy is busy destroying the division between work time and free time, and unchecked gentrification has ensured small businesses continue to drop like flies. This shit-storm of neoliberalism and austerity has hit the LGBTQ+ scene hard. In the space of a decade 58 percent of venues in London closed, a trend repeated in towns and cities elsewhere. Physically dispersed, out of pocket, with fewer places to go (other than the Zombieville of social media….) and that’s before we even get to the frictions between the groups who shelter uneasily under the LGBTQ+ umbrella. Suffice it to say: phew.

Hannah Quinlan and Rosie Hastings’ exhibition ‘In My Room’ takes a deep-dive into the changes facing LGBTQ+ cultures in the UK, examining the riptides and eddies in which they are immersed. Installed in the window of Focal Point Gallery are the drawings Jester #4 and #7 (both 2020), two rubbings depicting the mischievous figure in a bell-lined suit. The artists took the impressions from a mural on the wall of Bar Jester, a gay club in Birmingham that shut in November 2019. To make the works they deployed an ancient technique revived among history enthusiasts in the modern era for recording the facades of tombstones.

No doubt about it –Jester is an ominous mascot for a species of culture in decline. Like much of Quinlan and Hastings’ work, I like to think of it as a form of affective archaeology: a study of the behaviours, politics, and artefacts of a fading force, a reckoning of what is left in its wake, and a questioning of where we go from here.

For while we rightly mourn a way of life facing Armageddon there is no denying its ambivalent legacy. Put simply, gay men have long dominated LGBTQ+ visibility. For every ten gay bars open during the nightlife industry’s boom years, you’d be lucky to find a single lesbian venue, a figure considerably lower for trans spaces. And, as the artists’ work to date has shown, many of the bars and clubs in the cross-hairs of austerity have a tendency to fetishise white, gender-conforming, cis masculinity. Their 2015-16 project UK Gay Bar Directory, an archive of the interiors of over 100 LGBTQ+ spaces -an excerpt of which is on Big Screen Southend -showed a fashion for adorning walls with army uniforms, union jack flags and photographs of heroically muscular torsos. Whether you view this as an uncritical celebration of white patriarchy, or a queering of institutions that have historically excluded and punished homosexuals, one thing is for certain: the gay bar of old has gone down like a lead balloon among proponents of the intersectional, anti-normative, contemporary iteration of queerness.

Head spinning yet? I don’t blame you. Perhaps like me you have found yourself asking why there is a burden of expectation placed upon gay venues to please anyone but –well, gay men. After all, you wouldn’t show up at the greengrocers and demand to be served bread. The problem is, when it comes to LGBTQ+ representation our stories are often conflated. And, when one letter of the queer alphabet becomes culturally dominant, it is bound to cause resentments. (Among the dozens of news articles decrying the decline in the UK’s LGBTQ+ nightlife, for example, almost all the venues discussed were, you guessed it, gay.) At best, LGBTQ+ people share a solidarity born from being outsiders in a heteronormative world. In reality the difference in our legal and cultural histories, and our everyday experiences of the world, are often stark—and what counts as desirable or emancipating for some may echo the oppression of others.

Take cruising –one of the subjects of Quinlan and Hastings’ film In My Room (2020), shot in Bar Jester after its closure as well as in woodlands and urban areas at night. Working with the choreographer Les Child, former ‘house mother’ on the voguing scene in the 1980s, the artists produced a ballad of white homo-sociality expressed through dance. In one poignant scene, filmed between Shoeburyness Fort and a housing development on the site of a former army base, a group of men perform a weary, libidinous line dance. A humorous, almost-tender vignette of camaraderie, it is also a reminder of who feels able to express and conduct their sexuality in public.

With a history stretching back to at least the 17th century in the UK, cruising has long been a necessary release valve in an oppressive climate, a way of circumventing compulsory heterosexuality -which for a great swathe of time the UK insisted men abide by, upon pain of death. In recent years it has also been theorised as an activity with radical potential. In many ways it is: a form of sexual derivé, a rewriting of the city, a reimagining of the laws of interaction, and a middle finger to bigoted, buttoned-up rules. “In cruising –at least in ideal cruising”, wrote the queer theorist Leo Bersani in his essay Sociability and Cruising (2010), “we leave our selves behind.”

Yet who is capable of leaving themselves behind is another question entirely.

Until the UK Married Women’s Property Acts were passed in the late 19th century, a woman’s rights were subsumed by her husband, ensuring she was politically disenfranchised and without control over finance or property (never mind exacting influence over the uses of public space). Add this to the fact than one in five women in the UK have been sexually assaulted, and two in five trans people and three in ten non-binary people have been the victims of hate crime, and you have a pretty compelling argument for why cruising is an activity almost exclusively performed by cis men. They are the demographic who have historically dominated the streets; who have not, at least to the same extent, had a fear of physical danger and sexual assault inscribed into the bones of their collective identity.

Quinlan and Hastings’ focus on the politics of gay culture may seem unusual –particularly given the paucity of lesbian representation. This focus, however, is precisely the point. The double-pronged assault of homophobia and misogyny has made lesbian visibility both scarce and anxiety-inducing. When we are visible, more often than not we are exploited for the pleasure and profit of others—by the heterosexual porn industry and its global market for sapphic-themed content, or by the music industry, where lesbian-lite videos have spiced up the brands of straight pop stars from Madonna to Selena Gomez. Despite the recent cultural cache attached to queerness, the museum and gallery sector has also largely ignored our history, with the exception of a handful of wealthy modernists. In the absence of accessible and meaningful representation, queer women are often left to learn what queer otherness looks like through the lens of male homosexuality. In this way, gay culture has become a part of the lesbian experience –even as it has never exactly offered us a home.

The fresco Republic (2020), based upon Andrea Mantegna’s drawing of Christ being whipped in the street, The Flagellation, with the Pavement (ca. 1475–80) considers the figure of the woman as she enters the public forum; a psychologically complex terrain. In contrast to Mantegna’s drawing, in which everyone is male, Republic is populated by women apparently in states of anger or distress. Nobody is making eye contact. A melodramatic tableau of fractious individuals, the work could be read as a satire of infighting over what the term ‘lesbian’ means —and what might count as its collective politics. In recent years, and to the horror of many, a small number of prominent lesbians have used public platforms to spread transphobic messages about who counts as a woman. Political

divisions have arisen between puritanical cliques who are anti-porn and anti-sex work, and those who believe in legal reforms to protect sex-workers’ rights. Added to which is a trend among younger queers to dismiss lesbianism as uncool and obsolete in the age of gender fluidity, recycling old-fashioned homophobia in the name of emancipatory politics.

On display in glass cabinets in the reception area are three graphite drawings –also partially based on works by Mantegna. The drawings depict the exteriors of gay venues, all of which are either closed already or scheduled for closure before 2021 –a sex club named Boltz, Bar Jester, and Core Club. Quinlan and Hastings have removed the signage, and in front of the blank facades small groups of women congregate. The atmosphere is steeped in tension and uncertainty. It is hard to tell if they are play fighting, on the cusp of making out, or are about to start a brawl.

In his essay Gay Betrayals (2010), Bersani wrote of a tendency to form our identities through conflict. “It’s always my difference against your difference” as he put it, words that ring particularly true today. The desire to belong is increasingly being weaponised by the resurgent right wing, who encourage us to conceive of ourselves as mini-nation states with guarded borders and sworn enemies. In contrast to such sabre-rattling tendencies, ‘In My Room’ asks us to look at the bruises, inspect the fractures, and spend time thinking and feeling our way through the causes of the ailments that plague us. In the process, the exhibition raises questions with repercussions for the future of LGBTQ+ communities and beyond. How to maintain our differences without excluding others? How to open ourselves up without losing our voices, our definition? How to be visible without being exploited? How to lay claim to public space, and occupy the streets? And how, in the face of a political economy that profits from stoking resentments, and selling off our high streets to the highest bidders, do we ensure nobody is consigned to the closet or left behind in their room?