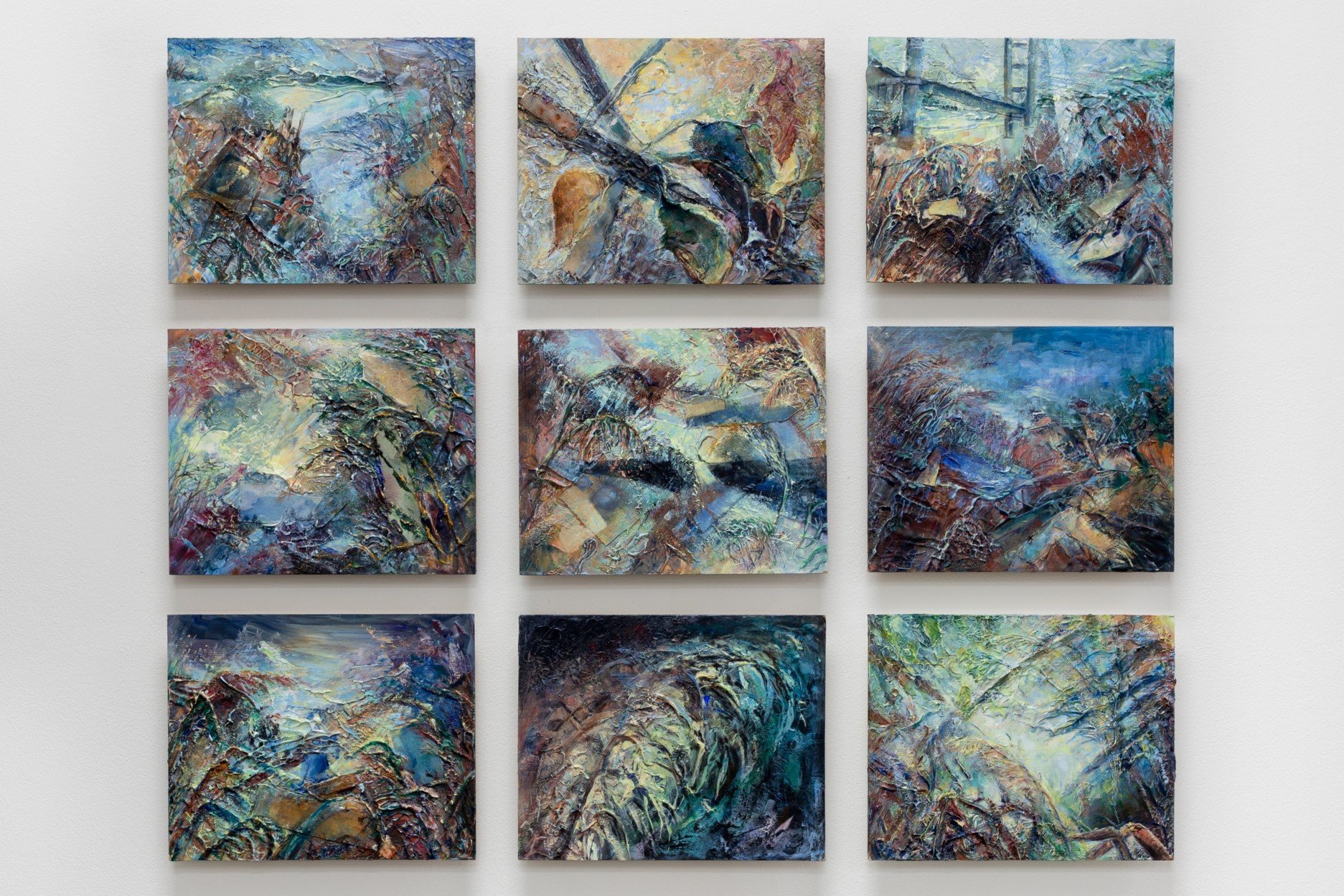 Jessie Davies is an artist rooted in the Humber region. For the last year she has been part of Humber Street Gallery’s Fruit Factory Network programme and presented nine of her Estuary paintings in the Practice in Place exhibition.

Graduating from Hull School of Art and Design in 2020 with a first-class BA hons degree in Fine Art, her drawing and painting practice is formed through her ongoing research into the local environment on the south bank of the Humber.

The following in conversation is between the artist and David Cleary, Learning and Exhibitions Coordinator at Humber Street Gallery. Jessie is a neurodivergent artist and is unable to be recorded for interview, so the following conversation was conducted on email over a period between September to November 2020.

DC: Over the last year of working with you on the Fruit Factory Network programme I’ve become familiar with your work, particularly with your landscape paintings and their deep connection to the environment in the Humber region.

As a starting point for this interview and for those who’ve never seen your work before, could you tell me how this interest in the local environment was formed and the process of creating the works?

JD: Whilst out, on my handcycle in 2015 I became aware of the damage caused to the Humber reedbeds during flooding from salt water into freshwater habitats. The fragility and importance of these wetlands to our wider ecosystems became apparent through the destruction caused by sea level rise and tidal variations, and the need to manage our impact on the organisms which depend on these environments was urgent.

Over time, I began to spend long periods at the wetlands, drawing, painting, photographing and taking sound recordings. This work on-site informs all my final work in the studio. 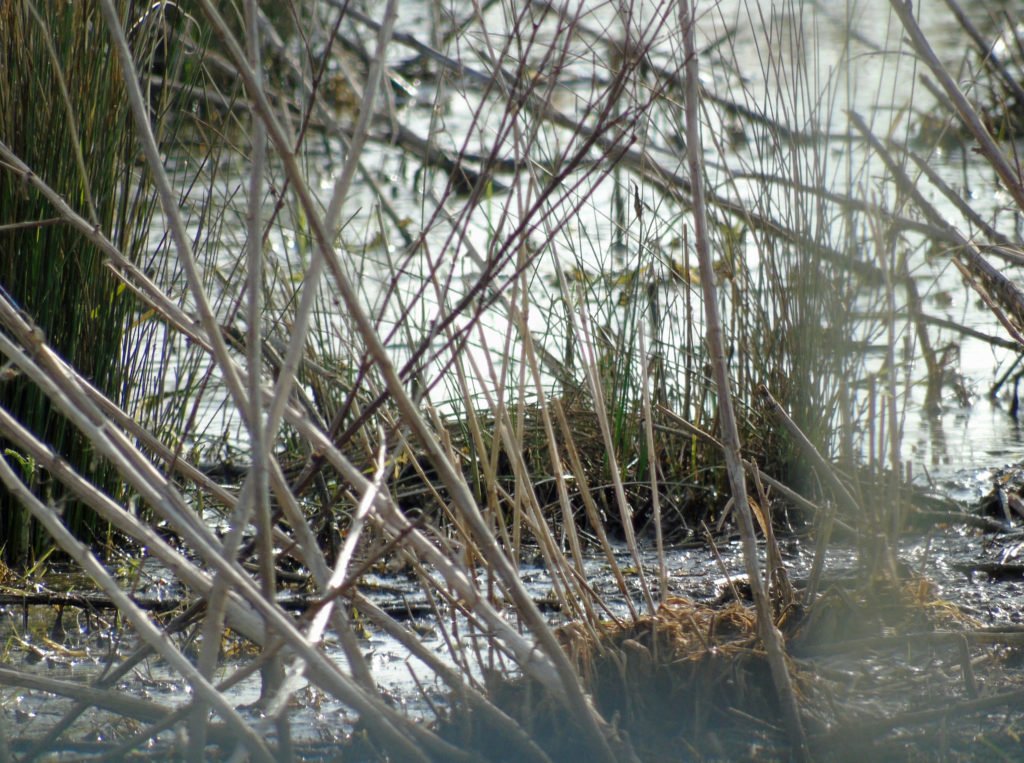 DC: By spending such prolonged periods in that area you must be quite exposed to the elements.

When looking at your Estuary paintings, some have a warm glow which are clear in their depiction of human landmarks such as the Humber Bridge, whilst others feel turbulent to the point, they feel entirely abstract.

Is enduring the harsh weather intentional? Is this something you do all year round?

JD: I am out all the year round. In fact, I prefer the wetlands and estuary in the autumn and winter as the colours can be too intense during in the summer months.

Although the weather conditions coming off the estuary can be pretty harsh, the reeds and foliage show a great resilience to wild wind and rain.

Their hidden vulnerability is to changing water levels, falling water table, and the pollution that we cause.

DC: When submerged in the foliage, I envisage you must mimic the resilience of the reeds.

Does the urge to paint the Humber’s ecosystem come from a personal relationship with the area or does your interest come purely from concern for the environment?

JD: I’ve passed the wetlands many times on my handcycle, but my primary motivation for painting them is witnessing the destructive impact of tidal flooding on these important estuary habitats. 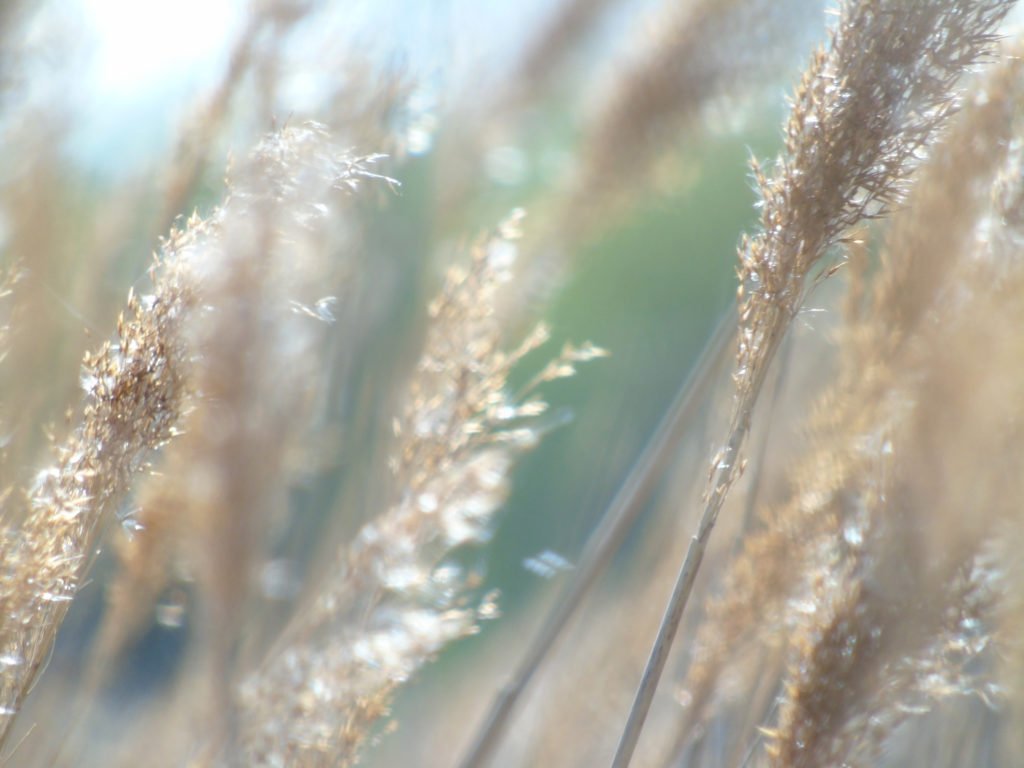 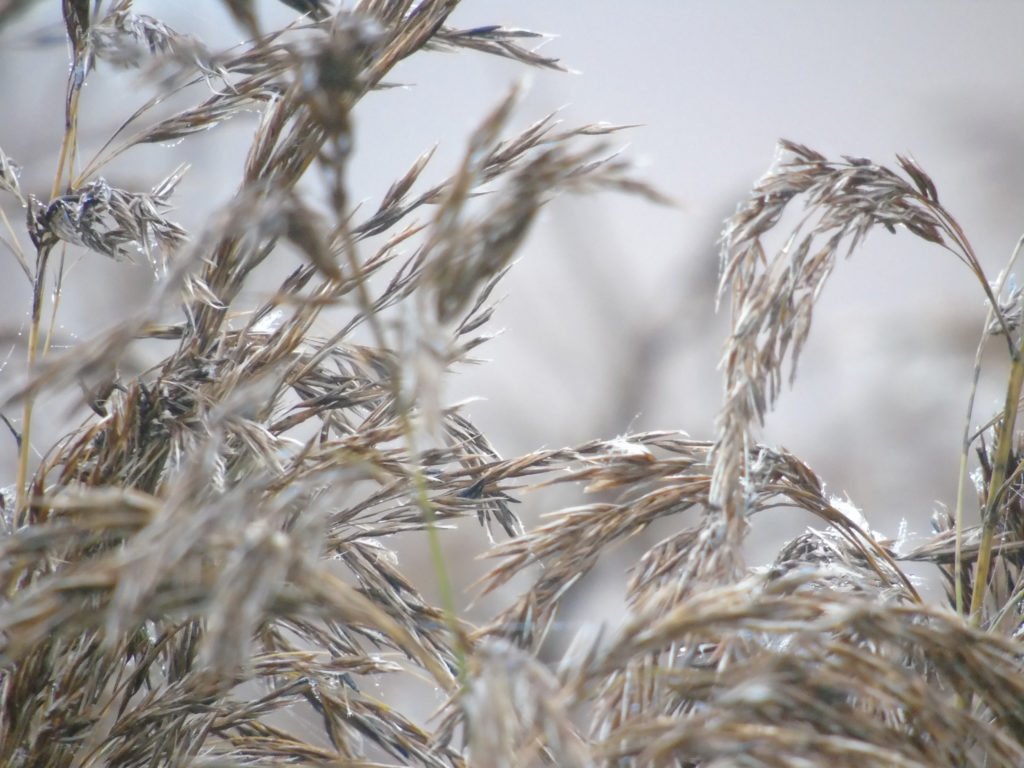 DC: Can you describe the pollution you’ve found and how is this reflected in the work?

JD: The obvious signs of pollution which I encounter would be all sorts of rubbish left along the estuary. I find myself picking up found objects that don’t belong in the wetlands, asking myself, what is this doing here?

I wash them off, and physically incorporate them in my paintings depicting the natural world. Recently. That has included actual pieces of discarded wood, plastics, tarpaulin, fabrics, cardboard and even a broken road sign left in a reed-ditch.

DC: It’s such a shame to hear about some people’s lack of consideration for natural spaces. Can you tell me based on your observations, how this is affecting the wildlife?

JD: Many species have evolved to rely on specific habitats, and that is true for the Bittern, Cetti’s Warbler and several invertebrates that have adapted to the wetland habitats along the Humber Estuary.

There is a very sensitive balance between these animals and their environment. The impact of human behaviour can quickly destroy this balance, with disastrous results. The variation in water levels over the last few years are of great concern. I’ve been working closely with the Lincolnshire Wildlife Trust, who have been tracking these changes and advising on remedial and sustainable action.

DC: Can you tell me more about the action being taken by Lincolnshire Wildlife Trust and how are you working with them?

JD: I work on site from Far Ings National Nature Reserve wetlands and other locations along the Humber estuary which are managed by Lincolnshire Wildlife Trust. Staff and volunteers from the trust are dedicated a variety of practical and educational tasks to maintain, restore and improve the wetland habitats. If you’d like to know more about the work that Lincolnshire Wildlife Trust do along the Humber estuary, I have found Leanne Smart (Education and Community Officer) to be the best person to talk with.

It would not be possible for me to carry out practical maintenance tasks directly due to the physical challenges posed by my disabilities. However, I am doing what I can to raise awareness of these important habitats through my painting and soundscapes, and by working alongside Leanne to prepare written and interview material which accompany the work they do maintaining and improving the wetlands along the Humber for rare birds such as the Bittern and Marsh Harrier as well as many other birds, invertebrates and plants that live and breed there. 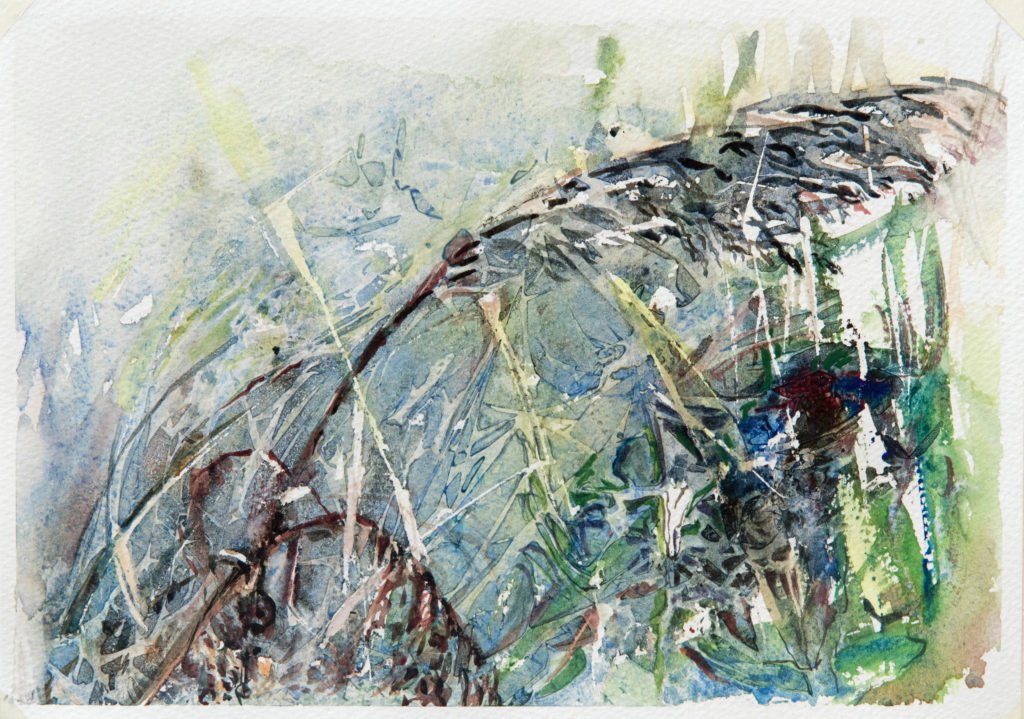 DC: With your approach to settling in an outdoor space and responding intuitively to the ever-changing environment, is there potential to explore ecologies in other parts of the world? Where would you like your research to take you next?

JD: An aspect of my autism to be acutely aware of the present, and not to imagine other places. What I want to be is even more observant of the reality around me; and expose its depth and its ambiguities for others to engage with. If my work inspires others to work with the ecologies of their place, that would be a bonus. 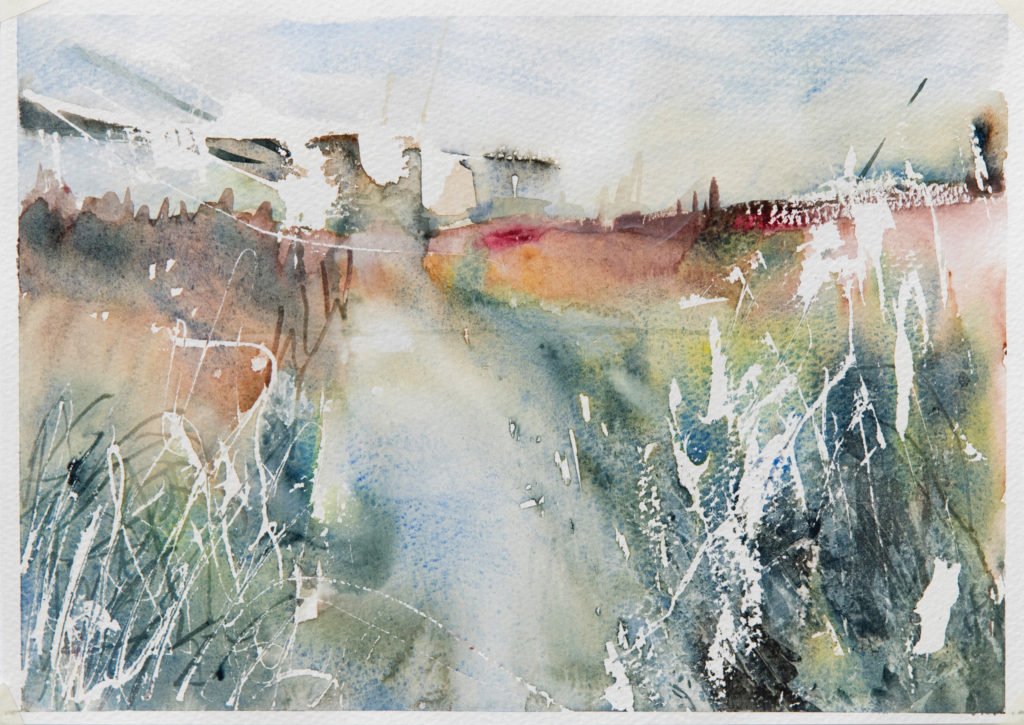 DC: How does making work outside translate to painting in the studio?

JD: When I am outside, I listen to the sounds, notice textures, and observe everything around from the changing weather to the details of the leaves. I begin to put this down by sketching in watercolour, and then when I am back in the studio, this initial material. and objects found on site inform the finished paintings.

I start by spending many hours in the wetlands and estuary environments, creating studies in watercolour, collecting found objects, and taking ambient and hydro-phonic sound recordings of the surroundings. Later these studies inform the first ‘layer’ of my acrylic paintings. the first stage is to embed the objects within an initial composition of colour and form, knowing that this first stage will form only the basis of a different final outcome. This first layer would typically take between 1 – 4 days to complete, then around 2 weeks to fully dry out. After this i work in layers and glazes to draw images out of the paintings spending at least 2-3 weeks to get something that is nearing completion. i tend to work on one painting, whilst the initial layer of another painting is drying out.

I use water-based media, e.g. watercolour, acrylic or ink. The initial textural layers come from a combination of found objects (from the estuary banks) embedded in thick acrylic paint mixed with light impasto medium. I then use water to wash off different areas and reapply paint directly over parts of the objects. I tend to work in multiple layers of paint so one thing becomes emmeshed with another, giving a complex surface to the finished work.

Sometimes my approach varies slightly depending on the scale and what needs to be communicated in the work. The variation also is in response to different materials, and environments. Recently I have been inspired by several climate activists, and tried to capture that inspiration in portraits. Each has a different message to convey, each deserves our deepest respect

DC: Do you play the recorded soundscapes from the Humber in the studio whilst you are painting?

JD: Yes, I do this, and listen to audio transcripts of research papers regarding the environments which I am studying.

DC: So, what’s next for you? What are you working on and is there anywhere else your work can be seen now or in the future?

I’ve also just been accepted onto the painting course at Turps Art School, and I am continuing to study the Humber reed-beds and to work on paintings responding to these estuary ecologies.