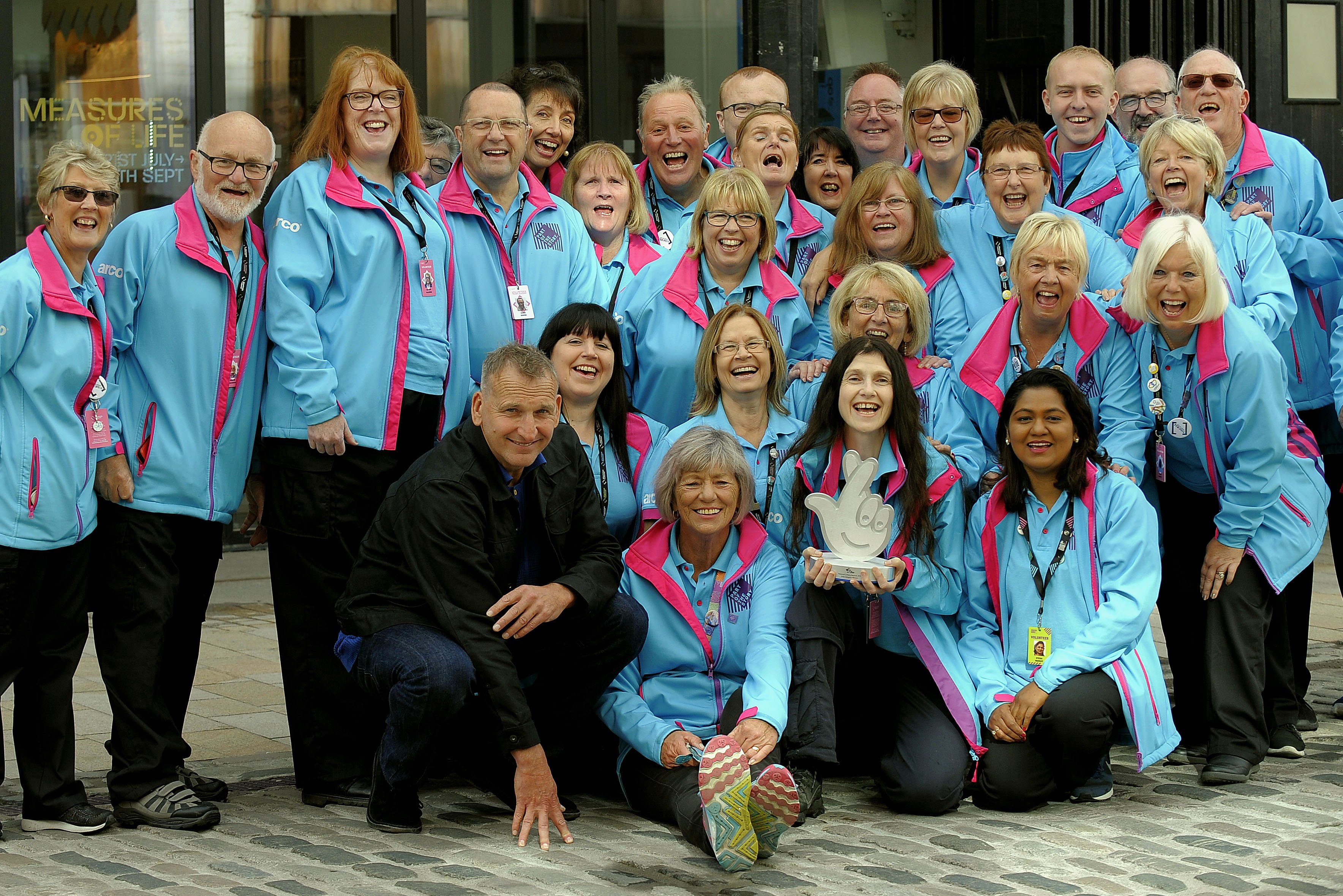 Former Doctor Who Christopher Eccleston today surprised our iconic “blue coat” volunteers and team behind Hull City of Culture 2017 with the news they have been voted Best Arts Project in the National Lottery Awards.

The actor made the announcement to the group, who had gathered to reminisce about Hull’s success as City of Culture, at Humber Street Gallery.

Christopher, who has spoken about the importance of representing the Northern England in the arts, spent time meeting some of those behind the year-long cultural festival; which was made possible thanks to £10 million of National Lottery funding.

He said: “It’s thanks to National Lottery players, who raise £30 million each week for good causes that amazing projects, like Hull City of Culture 2017, are possible and I’m delighted to announce them as winner of the UK’s Best Arts Project in the National Lottery Awards 2018.

“Hull’s year of City of Culture was an overwhelming success that put the city into the national spotlight. It’s a brilliant example of the life-changing impact National Lottery funding can have to make the arts accessible for everyone across the UK.”

Hull’s year as the UK’s City of Culture transformed the city’s cultural and economic landscape and attracted millions of people to a vibrant programme of events. The National Lottery was the biggest funder for the project.

The programme attracted an audience of 5.3 million over 2,800 events, cultural activities, installations and exhibitions. An army of 2,400 volunteers kept events running smoothly.

Katy Fuller, Creative Director and CEO of Hull 2017 legacy organisation Absolutely Cultured, said: “This news is incredible, not only for us here at Absolutely Cultured but for the entire city and everyone who was involved in making Hull’s year as UK City of Culture such a tremendous success.

“From the team involved in the bid, to the volunteers, partners, creative organisations, artists, Hull 2017 team and the audiences who joined us, the Hull 2017 story was a truly collaborative effort and an example of what is possible when an entire city comes together.

“2017 was an incredible chapter in Hull’s cultural journey.  At Absolutely Cultured we continue to build on those foundations to create ambitious, surprising and compelling artistic work that brings people together and connects communities.”

“This National Lottery Award is for the city of Hull and we would like to say a huge thank you.”

Hull City of Culture 2017 beat off competition from 700 entries to win £5,000 cash prize and an iconic National Lottery Awards trophy and will have its work celebrated on a special BBC One programme to be broadcast on the 26 September.