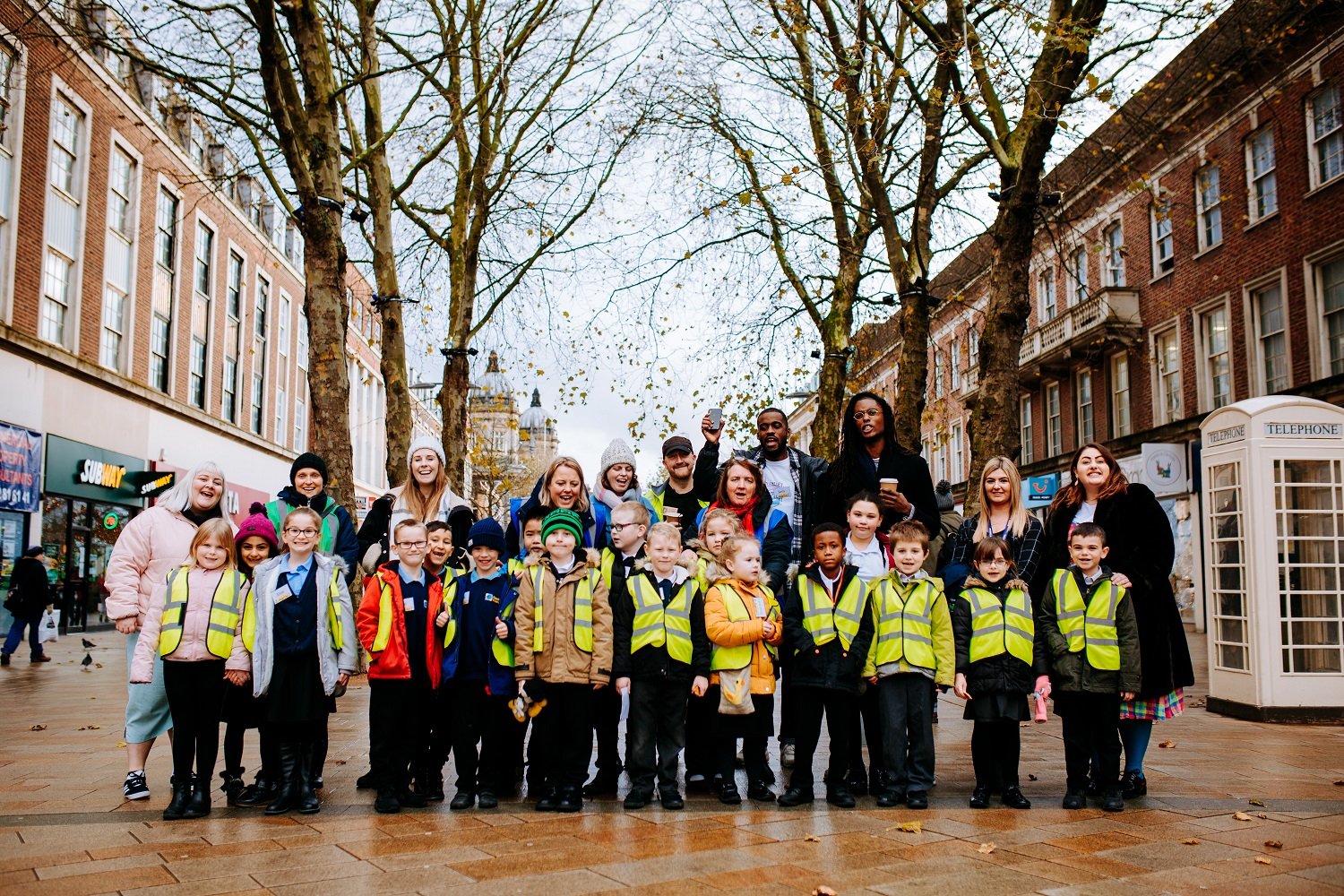 Model City is an immersive sound experience by BAFTA award-winning composer Dan Jones, that brings to life children’s aspirations for the city’s future

A Model City pop-up shop where people can find out more about the project and its creation, and take part in free family activities, will be open from Saturday 1 February until Sunday 23 February at 23 King Edward Street.

Model City is an immersive audio installation that will take over King Edward Street this February half term. In this playful, yet thought-provoking soundscape by BAFTA award-winning composer Dan Jones, the children of Hull will take listeners and passers-by to alternate realities.

Discover their visions for the future of the city, unbounded by the everyday, as Hull’s busiest shopping street is transformed into different worlds through sound.

The installation will run daily from 14-23 February 2020 from 10am until 6pm and is designed as a 360-degree experience that shoppers and passers-by can stumble across as they go about their day – or take a seat and lose themselves in the children’s hopes and dreams for Hull.

Ranging from high energy moments through to contemplative sections that are more observational of life on the busy street, the piece will offer a different experience depending on the time of day. The soundscape will provide a way of reimagining the space through the children’s eyes, making the familiar unfamiliar and making people look twice at their surroundings.

The project, which is supported by NHS Hull Clinical Commissioning Group, began in November 2019 with a series of workshops with children from three Hull primary schools – Newington Academy, The Launch Pad at Bricknell Primary School and Woodland Primary School – that were delivered by design collective RESOLVE. Each of the workshops focused on a different theme including the future of the high street, traffic and transport, taking care of the city, healthy Hull, and a workshop focused on what life would be like if children were in charge!

During the workshops the children had their thoughts, hopes and dreams for the future of Hull recorded and those recordings have formed the basis for the soundscape, which will also feature specially-designed music and sound effects.

Lindsay Stockley, Head of Creative Programmes at Absolutely Cultured, said: “The workshops with the children were all about them playing an active role in shaping and co-creating Model City with the artist. The project gives them a voice and a platform to share their aspirations for the future of Hull and we think that people will be surprised and intrigued by what they have come up with.”

In addition to the installation, a Model City pop-up space will be open daily from Saturday 1 February – Sunday 23 February from 10am – 6pm at 23 King Edward Street. In the space, which has been co-created by lead designers RESOLVE Collective and Absolutely Cultured volunteers, visitors will be able to learn more about the creation process, take part in free family activities and have their say on what would make their Model City.