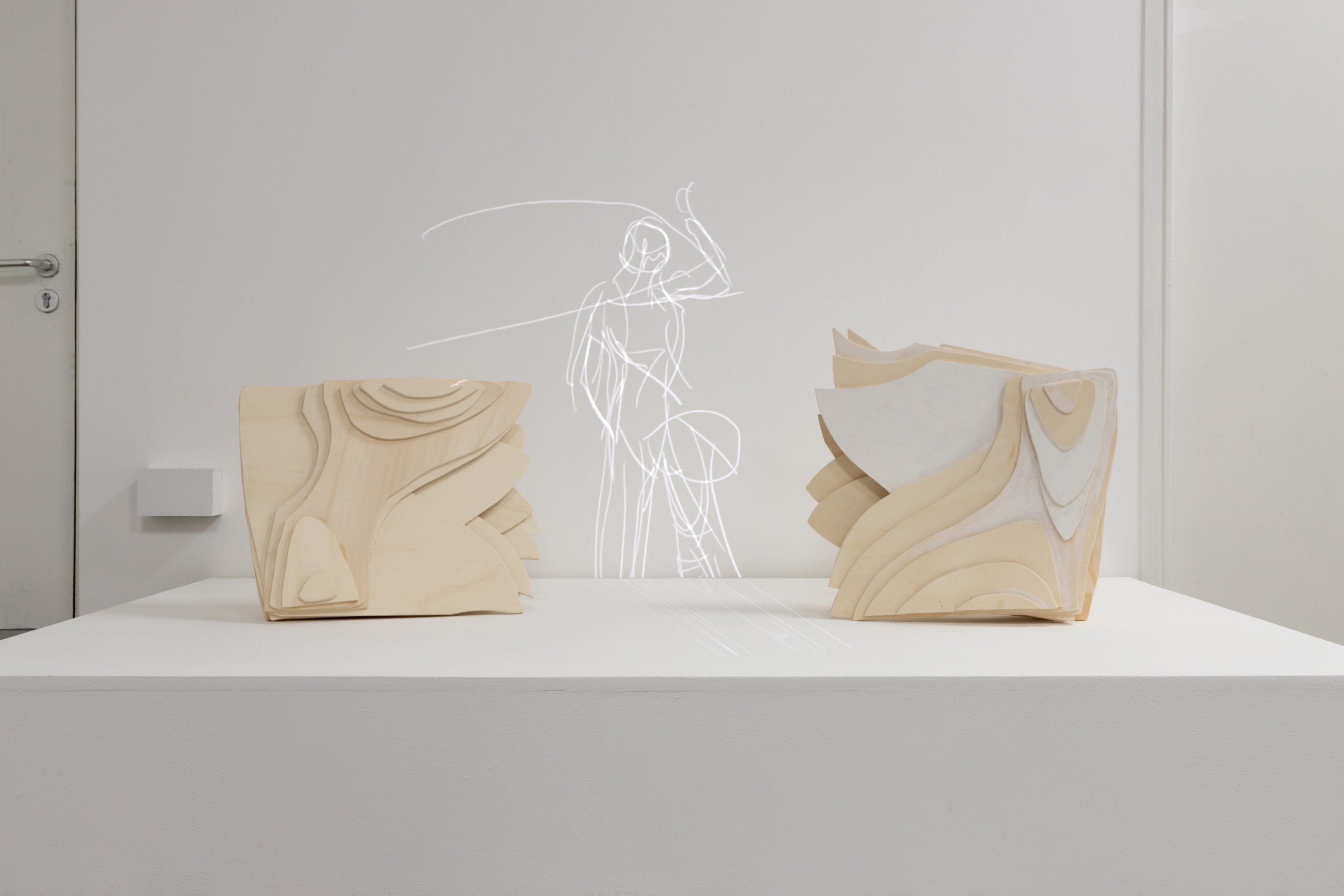 These two small sculptures and animation are based around connections to the body and movement. I’m interested in what uncontrolled movement is, or excess movement that comes from having an unpredictable body.

As part of my condition, I have repetitive uncontrolled movements called motor ticks. These create interesting shapes with the body sometimes and are often kind of viewed as a deficit.

I’m quite interested in turning these shapes into a fixed reality and what that means, so the sculptures form a trace of those movements in physical space.

The objects themselves become a document of alternative embodied communication and, by projecting the animation on top, it’s a reminder of where the movements themselves came from.

Sam Metz studied Architecture and Critical Theory at University of Nottingham and has previously trained in physical theatre. They worked out of the Makerspace in Hull during 2019. Metz’s work researches, creates and reflects on the concept of what they refer to as ‘choreographic objects’ – an object that has a relationship with movement, through its relation to the body, the making process or in its appearance. They work across the mediums of animation, analogue and digital film, painting and craft.